Halloween is not just for kids anymore. Halloween bike rides are apparently sweeping the continent. 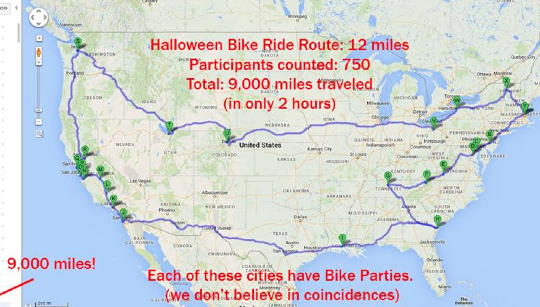 And they are fun fun fun. This year I did my second Halloween bike ride in Boston—just a casual, easy ride around town at night with 750+ of my closest cycling friends. I’ve compiled a 6-question FAQ for anyone interested in more info.

1. How did you know the route?

It was published on this website  and this one. Also, we were led by someone in arguably the best costume there: a low-wattage fluorescent lightbulb. 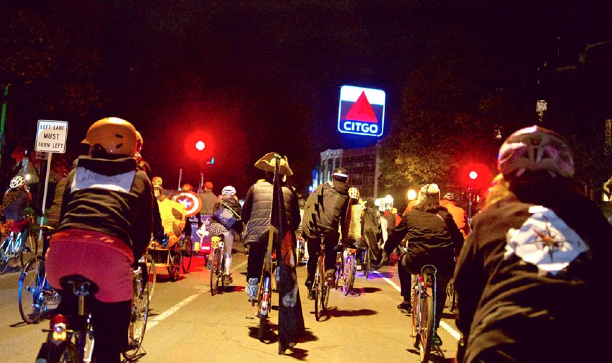 Motorists were mostly amused and indulgent of the rather looooong bike parade.

2. What was the best costume?

Oh, that’s really hard to say. The best bike costume was this guy, who rode a yellow submarine.

And then these folks were beautifully attired. 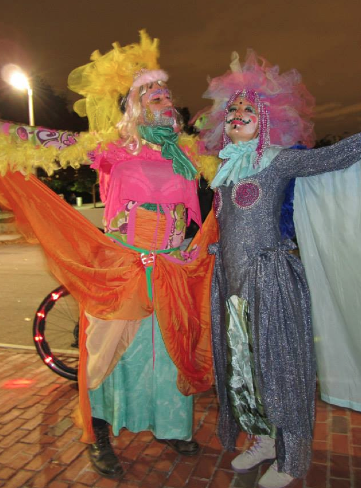 Of course, I’m partial to my costume (shared by at least 10 folks on the ride): A bike-riding banana. Here I am with Rachel as banana, plus Steph as Cruella Deville.

In terms of mileage, about 10 miles (16 km). In terms of time, a couple of hours—we were really slow, with stoppages at bottlenecks and stoplights. But the time flew by—there was so much to see, other costumed riders to chat with, and music was provided by several folks towing big speakers on trailers (some of them festively attired themselves).

4. What bike is best for this ride?

I saw every type of bike on the ride—road bikes, commuters, fat bikes, mountain bikes, BMX bikes, Hubway bike-share bikes, and even a Chinese-made cruiser with 32-inch wheels, ridden by a guy dressed in Dr. Seuss regalia (sorry, no picture here). But here is the most unusual bike we saw:

5. Didn’t the police get upset about all those riders on major roads?

Actually, no. These events are well-publicized and orderly, and organizations that sponsor them are committed to keeping them that way. That means no riding on sidewalks, blocking intersections, going the wrong way down one-way streets, etc.

Absolutely! I’m currently plotting my next year’s costume (TBA). I leave y’all with the obligatory post-ride selfie with Janet, me, Steph and Rachel. 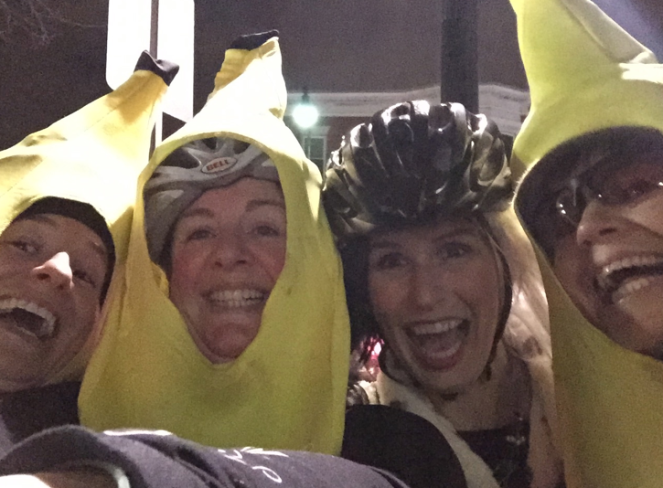 I encourage all of you to check out a festive bike ride in your town—it’s the best slow-motion fun to be had on two wheels.

So delighted for a sweaty hard spin class with OTHER HUMANS in the famed @torqride alley. It feels soooo goood after the longest lockdown in the world. Thanks to @brianpalicfitness and @chef_inked Happy pride!
Yoga in with @chi_junky in Jimmie Simpson. So good to move with other humans!
Sam and Cheddar play with battle ropes! Thanks @gryphons_fitness
This magical part of London, Ontario’s pathway system has been revived! #banankingdom #londonontario #streetart
Swimming!
Sam makes it into the water before June 1st