My father taught me an important life lesson: If something sounds too good to be true, it probably is.

Okay, that’s an exaggeration. He said it a lot but I likely didn’t learn the lesson for real until I spent my own money on something which claimed to do something it couldn’t. Can’t recall just what that might have been, sea monkeys perhaps? I did buy some. They didn’t look at all like the picture above. I could barely tell if they were alive or dead and I spent a whole week’s allowance on them. I never did get to use the training manual that came with them. But I did learn something. I imagine that’s why my parents first tried to talk me out of mail order sea monkeys from the back of a comic book and then later helped me do it. It was a cheap life lesson at the price of just one week’s allowance.

And now I try to pass the same lesson along to my own kids. Yet, I’m still surprised that products with these larger than life claims exist especially when they are targeted at adults.

No one is more vulnerable than someone who believes she needs to change herself to be worthy and so the worst of these products aim to sell thinned, toned bodies to people who don’t currently have them.

First, it was the wobbly toning shoes. I laughed when they were first on the market, quietly, since a friend had bought some. Since then of course we’ve learned that the miraculous wobbly toning shoes are a scam. They do nothing for toning your legs. You just look silly and feel wobbly.

Sketchers just paid $40 million in damages over its toning running shoes. Read more here. You can also read the Runners Works story here. Similar suits are now underway against Reebok and Vimbram five finger shoes for claims they make about the health benefits of their footwear.

“Most of the reported injuries were minor, including tendonitis and foot, leg, and hip pain. But 15 complaints reported broken bones, some of which required surgery. Our medical experts say that those types of shoes have rocker-style bottoms that are designed to cause instability, forcing users to engage muscles that are not normally used while walking. But that instability might also lead to turned ankles, falls, and other injuries if the user is not careful. The rocker design is not unique to Skechers, which was cited in most of the reports. Other brands with similar designs include Avia, Champion, Danskin Now, and New Balance, and shoes sold at Sears and Kmart. Reebok has a toning shoe that’s designed differently, but it also causes instability. The above-mentioned brands were also named in injury reports filed with the CPSC.” Read more here.

I’m hoping this sends the wobbly shoe trend to its grave. I have noticed that the thrift stores are full of them.

But like weeds that won’t die, another trend in weight loss clothing has popped up. This time it’s skinny hot pants. The claim is that they burn 11 percent more calories while you exercise and 13 percent more calories even after you stop. I first came across them as a sponsored ad in my Facebook newsfeed.

It seems like a recycled idea to me. In the 1970s you could buy plastic ‘sauna suits’ to do your housework in while losing weight through sweat. Body builders used to use saran wrap to accomplish this effect even though experts say it doesn’t work. You can wrap plastic around your waist, sweat, and lose some water weight but the minute you have a drink it’ll be back.

The new hot pants seem like the same old idea to me. But then maybe much of the target audience weren’t alive through the 1970s.

Note there’s no research backing up the manufacturer’s claims that has been published in refereed scientific journals and all the obesity researchers interviewed expressed skepticism.

Oh, and the hot pants also claim to help with trouble areas. You’re supposed to lose more inches in the areas where the special heat panels are located. That sounds a tad unlikely too.  Potential buyers ought to read Newsflash: Spot Reduction/Spot Training Does NOT Work.

When will the first lawsuit begin?

Now I’ve already gone on record as being a bit of a grump about pricey exercise clothing (see Just walk slowly away from that rack of $100 yoga pants) because I think it’s a dangerous myth that fitness requires specialized expensive clothing and pricey personal trainers.  However, at least Lululemon claims only to make your butt look good. It doesn’t make any claims about helping to shrink it. Oh wait, there was the Lululemon seaweed scandal. Yoga pants were supposed to contain seaweed which would release amino acids and marine vitamins and minerals into your skin while you worked out. However, tests showed the pants contained no actual seaweed. Smells like sea monkeys to me. 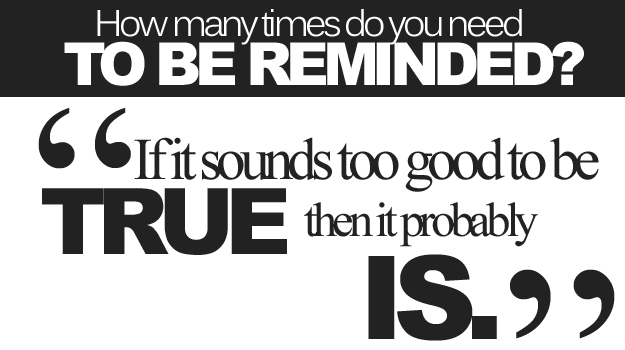