In my last post, I shared that I was contemplating the purchase of an e-bike for my commute with tiny human in the bike trailer. Well, that escalated quickly – I ordered one the next day! I spent a weekend thinking about it and researching, and then a great offer came along that I couldn’t refuse. And now it’s here: my Bergamont E-Grandurance RD Expert (mine is the 2020 model and this link is the 2022 one, but you get the gist). And here’s a picture:

So far, I’ve tried it on an even surface and using the motor (which has three levels of support) is like someone pushing you along. Zooooom, swoooosh!

The reason I haven’t used it for its actual purpose yet is that we’re currently lacking the correct through-axle adapter to attach the bike trailer. It took me longer to research the bloody adapter than it took me to find a bike I liked, and in the end it turns out I have to have it shipped to Europe from the US *facepalm*. Apparently, through-axles are a lot less standardised than would be good for them. I mean, we have two adapters already in the house and neither one fits, and the trailer’s manufacturer doesn’t have one that fits my through-axle. It took us several e-mail exchanges with their customer support to work that out. In the end, the good folks at the Robert Axle Project came through for me and set me up with the right thing (if you ever need a through-axle adapter, these are your people – stellar customer service and they really do seem to have everything!). Let’s hope it doesn’t get held up in some global supply chain debacle.

So far, even though it’s mostly been sitting in our basement, I’m thrilled with my new toy. Will report back on how it goes with the trailer-pulling and commuting!

So first I hated electric bikes. I blogged about it. “The ones I hate are like bloated overgrown scooters on steroids with vestigial pedals. As far as I can tell no one actually uses the pedals. They’re just there to make the thing legally a bike. As the ad for e-bikes at a shop near my house says “Ride with no license, no insurance, and no registration.”

But not all e-bikes are like that. The best are like regular bikes with e-assist. You still pedal but it’s easier going uphill. Then I thought about it again, read some stuff and changed my mind. See Sam is sorry she was a bit of a fitness snob about e-bikes.

I learned about the fitness benefits of e-biking and thought about people riding long (for them) distances, especially carrying heavy stuff (groceries, children, etc.).

Then I talked to some women about their new e-bikes and got all worried again. The thing is it’s only women who are talking to me about e-assist. (Maybe men are also buying these bikes. I don’t know. They aren’t talking about, not to me anyway.) My women friends and acquaintances are claiming that without e-assist they’d never make it up hills. I know that’s not true. Hills aren’t my fave thing either but I’ve learned to live with them and make it to the top on my own steam. They say that now, and only now, they can keep up with their male bike riding partners. Maybe? But you could ride with other women. Or you could train and get faster. Don’t get me wrong. I’m glad they are buying bikes and getting out there. But I am genuinely surprised at the insecurity that seems attached to the decision to buy an e-bike.

Some of them, it seems to me, could have bought lighter, more expensive road bikes.

Maybe I’m fretting for nothing. I am glad more people are riding. It’s still good exercise and it’s great for the environment.

Thoughts? Have you considered an e-bike purchase?

One good thing that’s happened to me as a result of my knee problems is that I’ve got a much richer appreciation of the fact that people come to fitness from many different places. I can see now why people thought past me was just a little bit insufferable. I’ve apologized a few times, first for saying if you don’t love it, don’t do it (see An apology: A thing Sam thinks she needs to stop saying…) and second for saying it’s never too late, because sometimes it is (see The second thing Sam is going to stop saying…)

As someone who has always walked a lot and always ridden a bike and lifted weights since grad school, I come to new fitness activities in not awful shape to begin with. But that’s not true for everyone. Not everyone starts from the same place. In the past I don’t think I appreciated where people were with their fitness for different activities. For example, I dragged Tracy on some very long bike rides for which she wasn’t prepared. There was a 40 km ride that turned out to be 60 km. Later there was a promised century ride that turned out to be 110 km. Likewise, I’ve taken friends and family on hikes that have outstripped their abilities. Mea culpa.

We all start in different places. I’ve been riding a lot (where “a lot”= 3000-5000 km a year) for about fifteen years now. That’s why I feel like I’ve got 100 km in the bank. Check out my recent post about the 1 day version of the bike rally. I can ride that far at almost any time. But not everyone can do that. Beginners can’t do that. People new to cycling can’t do that and people new to fitness altogether certainly can’t.

Beginners can be beginners at a particular activity, like Tracy and road cycling. Or they can be beginners to physical activity in any form. These days, with cars and sofas and desks as the backdrop for our lives, we can start out pretty unfit. Someone found our blog recently by searching the following phrase: “I’m so unfit that even gardening is too much for me.” I discovered this when researching a blog post on why people hate exercise. Some people are so unfit, researchers say, that even cooking dinner and walking around the house can elevate their heart rate. See Hate exercise? You might just be much more unfit than you think.

So when Tracy writes about starting out small, for some people small might be really tiny.

That hit home when I was talking with someone recently about getting started cycling. She wanted to ride her bike to work but had to work up to the 5 km trip. She was riding around her neighbourhood, adding a block each night. She wanted to ride but couldn’t yet ride distances that would be useful. I couldn’t imagine not being able to ride 5 km but I rode a bike as a child and I’ve been a lifelong bike commuter.

Then it hit me! She needs an e-bike. See this piece on the health benefits of riding an e-bike.

In the past I haven’t been a fan of e-bikes. That’s mostly because I associated with them the faux scooters with vestigial pedals designed just to get around the rules that would require a license and insurance. I blogged about that kind here. 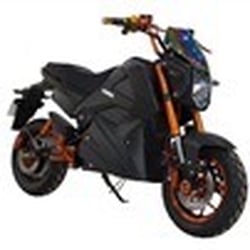 But genuine e-assist bikes? They have their charms. A friend in Germany rides one because his route to work has hills and he doesn’t want to arrive sweaty. He’s a pretty fit guy who races in triathlons but he likes the e-bike for commuting. Another friend’s dad in Australia rides one because, as a life long cyclist, he wanted to keep riding but he could no longer make it up the hills. If I were to go back to New Zealand, I’d be tempted!

Then Elan blogged about her experiences renting an eBike and how much she liked it. I’ve got a good friend who bought one because it meant she could do all her commuting and errand running by bike rather than by bike + bus combo.

Finally, another friend bought an e-assist for her cargo bike. She’s riding with stuff and two kids and needs a bit of help on hills. Who could possibly blame her? Not me. 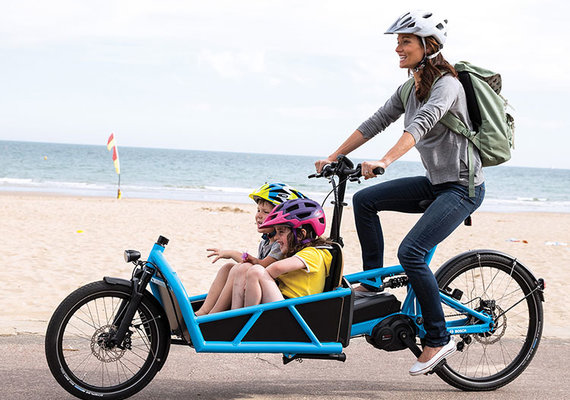 So I’ve started to think about e-bikes differently. There are lots of good reasons to ride one including as a way to start out as a cyclist if you’re pretty unfit to begin. You can gradually use less and less of the e-assist and make practical use of the bike right from the start.

What do you think?

I can’t see them being used on bike clubs’ group rides and I wonder if they’ll make cycling holidays more accessible but I can see them making perfect sense as practical commuting and errand running bikes for beginners.

They’re also great for the environment.

See The Case for E-Bikes.