It had been one of those days.

My university age son, home for the summer, has a summer job that has his alarm go off at 5 am. I get up with him and mostly that’s great for my summer schedule.

He rides his bike to work and packs his lunch. It’s a physically demanding job and there’s no food there.

Except this day he got part way to work and remembered that his lunch was on the kitchen counter. Return home, retrieve lunch. Then he got back on his bike but his chain fell off and it wouldn’t go back on. This time I just drove him.

I got to work later on my bike and remembered that I was almost out of Synthroid. I had thyroid cancer a few years back and take Synthroid everyday now. That’s okay, I think, the pharmacy is open until 6 and the last thing on my calendar ends at 4 and I can bike there.

Except it was one of those days. I checked the pharmacy hours. They close at 5 on Fridays and they’re not open all weekend. I checked my calendar and the last thing ended at 430. Yikes.

Needless to say it was a speedy bike ride through traffic. But I made it. Whee! Zoom! Yay! I left the pharmacist feeling fit and powerful.

But leaving the pharmacy there’s a four way stop. I’m great at four way stops. I don’t go straight through. I stop and wait and take my turn. I make eye contact with drivers. That’s easier at four way stops than it is at intersections with lights, less time for phone checking.

Nice guy waits anyway and I proceed through the four way stop. Next through is angry pick up man who continues honking, roars out of the intersection and yells some variant of”Get off the road fat bitch” at me. It’s always “fat bitch.” Okay, you can tell I’m fat but how do you know I’m a bitch, I wonder. I’m on a bike. Even though I’m smiling, I guess that’s enough to merit the bitch badge.

I’m sad and puzzled a lot these days as I struggle to understand the world around me and our collective political choices. Things seem so mean and small minded. I understand wanting less government and a balanced budget. I don’t understand the right wing populist politics that’s around these days with its not so thinly veiled racism and transphobia. The anti-immigration stuff makes zero sense to me.

I try to get inside his head, the guy who bought the large pick up truck and is now driving through a neighbourhood full of speed bumps and four way stops. What’s his world like?

I also want to defend myself. I’m exercising. Surely that counts? Surely even if you think I’m awful to look at because fat, I’m out there exercising and that’s better than sitting at home or driving a car?

But I stop myself. It doesn’t matter what I’m doing. I deserve respect as a person. I don’t need to be a person exercising to merit non-abusive treatment.

Friends joke about making the small penis hand sign at him.

But the thing is I’ve always thought that was unfair and body shaming to men with small penises. I’ve got a thing about treating men’s bodies with respect too.

May 27 was Bike to Work Day here in Guelph and June is Bike Month. I’m pretty immune to drivers hurling abuse at me but I tried imagining if the insult did get beneath my skin what that would feel like. What would it feel like to be new to bike commuting? When the angry aggressor is driving a large heavy metal box that can go fast and hit hard, and you’re a woman who has been hit hard and yelled at by men before (that would be most of us) it’s especially frightening.

In the end I land on the usual line of “some people are just jerks”and move on. I’m angry though that male jerks in particular feel free to comment on women’s bodies and yell at us from their vehicles. Mostly though in sad and puzzled. And I think we need a signal for toxic masculinity that doesn’t rely on body shaming. 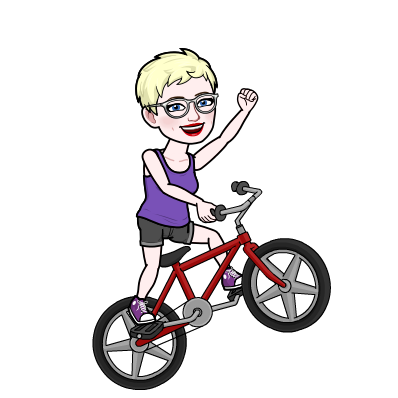