Ragen Chastain recently blogged about her experience of good intentioned abuse from a minister, while out training for her marathon.

On her latest training walk/run, the minister whose church is on her usual long run route laid his hands on her, without permission, and asked God to heal her of her obesity.

That’s the good intentioned version of abuse that fat people get exercising in public.

She’s also blogged about the not so nice abuse larger women get when we dare exercise in public view.

I got the nasty version, “Stop at the stop sign fat cow” yelled from a car that pulled up beside me while riding home from a training ride last night.

It happened at a four way stop. I actually did stop. I just didn’t unclip. There was no other traffic at the intersection. I suppose it wasn’t complete and total stop but by cyclist standards, I stopped. Indeed. by my usual car driving standards I stopped.

I got the abuse above, plus an added “fat bitch.”

Now it wasn’t clear at all whether the nastiness was anti fat woman, or anti cyclist, or both. I got the sense that both fat women and cyclists annoy these guys and the combination was just too much to bear. But I don’t know. I pedaled away quickly, turned left when they went right, and didn’t see them again.

Now to be clear–it just annoyed me. My self esteem is independent of judgements about my size from twenty something year old men who feel free to bellow out car windows. I’m the mother of teenagers. It would take a lot more than that to upset me.  (See Fat or big: What’s in a name? or Fit, Fat, and What’s Wrong with BMI, if you haven’t already to get a sense of that.)

But it did make me worry about  larger women who want to exercise without a side order of verbal abuse. After all it’s not like the options for larger women who want an abuse free workout are that great. Gyms aren’t easy either. See Working Out While Fat and Traveling, new gyms, and thin privilege.

Lots of larger people exercise at night so that no one can judge. And I confess there was a time when I did that too. See an old post, I like it in the dark.

When I first started running on my own I confess I liked the dark because no one could see me! I didn’t look like a runner and I felt stealthy about it all. In the dark it didn’t matter that I was a much larger than average runner, that I wasn’t going that fast, and that I didn’t have all the right clothes and gear. It gave me the protective nudge I needed to get started though now I’ve left that cocoon behind.

But on the bike I just don’t think that’s that safe.

The world isn’t a very nice place in lots of ways and I’m not asking for sympathy. But if physical activity is good for one’s health and that good is more difficult for some people to attain than others, we have reasons, as feminists, to be concerned. 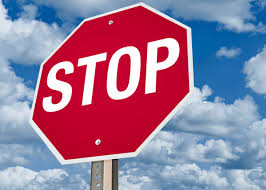