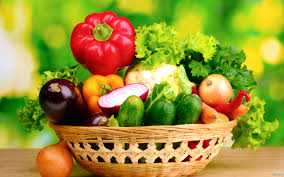 Times they are a changing for those of us moved by animal suffering, the environment, and human health to eat a diet more about plants and less about flesh.

It seems there are more and more high profile vegetarians and vegans (even Bill Clinton!). And recently, all of the conferences I’ve been to have had terrific vegan food. Indeed, the most recent conference had only vegetarian and vegan lunches and no one complained.

What’s interesting are the number of people who are happy to, or who are inclined to, eat vegan much or most of the time. More people seem to be following Michael Pollan’s advice: “Eat food. Not too much. Mostly plants.”

Some people call this moderate approach to plant based living ,’flexitarianism.’ The Guardian asks isn’t that just vegetarianism with cheating.

“The moderate, conscious eater — the flexitarian — knows where the goal lies: a diet that’s higher in plants and lower in both animal products and hyperprocessed foods, the stuff that makes up something like three-quarters of what’s sold in supermarkets. That’s the kind of cooking and eating I’ll be exploring in this monthly column. (It’s also the topic of my new book, “VB6” — for vegan before 6 p.m.)”

There’s now a plethora of names for the way one eats and I’m interested here in the people who describe their diet, not as vegan, but instead as plant based or plant strong.

First, the latter two admit of degrees. I say I’m mostly vegan but people look at me oddly since veganism is an all or nothing thing. But if I say that saying I’m eating a primarily plant based diet my moderation makes sense. See my post Experiments in Moderation for an explanation of what I’m up to.

Second, there’s a political association with veganism and animal rights that I think some would rather distance themselves from. Although it’s not necessary–we might be moderates to minimize animal suffering for example–the focus of most plant strong people seems to be human health and the environment.

This Huffington Post piece Vegetarianism Cooking talks about the move away from lifestyle vegetarianism which apparently involves wearing birkenstocks and eating lentil loaf. It says that people can now choose cauliflower and kale without a side of ideology.

Third, ‘vegan’ is an identity term and the others aren’t. You’d describe yourself as a feminist, an athlete, and a vegan but the others need to be claimed in connection with the way one eats. “I am a vegan” versus “I eat a mostly plant based diet.’

The most prominent plant based moderate is Lance Armstrong. Here’s Armstrong talking about his 2/3 vegan lifestyle.

Lance Armstrong In 2012: On Exercise, Diet And Why He Won’t Go Into Politics

LA: I started swimming again, and I swim with a guy [ed’s note: former triathlete Rip Esselstyn] who started basically a food program called the Engine 2 Diet, which is a plant-based, 100% natural, organic diet. His dad was a famous cardiologist who did Forks Over Knives, and was President Clinton’s doctor. Clinton has gone to a completely vegan diet and he’s essentially erased his heart disease.

It’s basically whole grains, different types of beans, kale salad with creative alternatives for dressing. They’ll bring out something that looks like a brownie, but it’s not a brownie … though it tastes a bit like a brownie. So I did it for one day, then two days. Then I branched out and started doing it at breakfast and lunch. I still insist that I get to do whatever I want for dinner. But it’s made a significant difference in just in a month.

HPC: What kind of difference?

LA: Energy level. Even when you’re training really hard, it’s normal that you would have certain things for lunch or certain things for breakfast, and then have this dip, or almost like a food coma … I don’t experience that anymore. My energy level has never been this consistent, and not just consistent, but high. I’m a big napper — I couldn’t even take a nap these days if I wanted to.

The other thing — I expected to get rid of that dip, but I didn’t expect the mental side of it, and the sharpness and the focus that I’ve noticed. And I was the biggest non-believer, I was like ‘whatever man’, and I’m in. I’m not doing dinners yet, but breakfast and lunch, I’m in.

LA: If I were to stay in Austin, it’s very sustainable. It’s harder when you get on the road, of course — I mean, you walk out that door and breakfast is sitting there. None of that [muffins, croissants, etc.] is on the Engine 2 diet. So it gets harder and harder. But you can even travel with stuff. Breakfast is not hard, you bring your cereal and then you go to the store and buy almond milk, you buy bananas to put on top of it. If you plan, then it’s possible.

Where do I fall? I’m still not sure. I think of myself as an aspiring vegan, someone who recognizes the force of the moral argument and is doing as much as I’m able. Better to be good most of the time than rotten all of the time, basically.

But by description of how I’m actually eating: I’m eating a primarily plant based diet.

And maybe that’s okay. My reasons for being a vegetarian at all aren’t about animal death. They’re about animal suffering. I’m mostly concerned with factory farming and unnecessary animal pain so maybe I can maintain my roughly 2/3 vegan diet while remaining true to those concerns. I’m not sure. I’m still thinking! I’m a philosopher after all.

What do I think of the move to ‘plant strong’ over ‘vegan’? Insofar as it seems to distance our diets from concern for animals, I’m not thrilled. If it results in less animals being raised in and killed in horrible conditions, I think it’s great. In the end, I’ll be happy with good results even if they don’t come about for reasons that I think are the right reasons. But that argument, between results and motives and their moral significance takes us right into the deep end of moral philosophy, so I’ll stop here and go enjoy my buckwheat waffles and green smoothie!

14 thoughts on “Vegan, plant-based, plant strong? What’s in a name?”