My son spends a lot of time at the gym strength training, building muscles. He’s got a schedule, theories about nutrition, and a plan for spring. But he’s part of a young men’s gym culture that cares more about looks than about function, I’d say. (Correct me if I’m wrong.)

That came home the other night when we were all carrying stuff from the house to a trailer to take it to our storage locker. Our house is going to be for sale soon and we’re moving out half the stuff. Don’t talk to me about staging. I’m annoyed and stressed.

Back to the carrying heavy household things…

My partner in parenting doesn’t lift weights. He’s in his fifties like me but he doesn’t go to the gym. So my son and I made a comment about being impressed with how easily he picked up stuff as he carried it out of the house. We’re talking big stuff like appliances and church pews. Family legends tell stories of him moving hot tubs, pianos, and dryers out of tight basement spaces.

My son said, yeah, that’s dad strength for you.

Just check out his forearms. You get forearms like that from actually doing stuff, not from lifting weights at the gym. He’s got muscular hands and lots of grip strength.

And it’s true Jeff does a lot around the house. He does home renos, builds things, and lifts household objects. He also works on his boat. Last summer he hauled the motor with Sarah and the two of them worked on rebuilding it. That’s demanding too.

So the contrast seems to be between gym strength (bicep curls, bench press, etc) and dad strength (firm grip and strong forearms). I get it.

But it also got me wondering if there’s a mom equivalent, a contrast between gym fit and mom fit? (I’ve wondered that before about mom bods. See The dad bod? Fine. But what about the mom bod?)

Sure she can do the eagle pose in yoga, but can she wrestle a struggling toddler into a snowsuit? Yes, she can swing a 30 lb kettle bell but can she carry a heavy infant in a car seat and an arm load of groceries at the same time.

Personally I’m not much of a mom. I’m more of a parent. I prefer my parenting to be gender neutral.

This video came across my newsfeed recently. It’s a  kid (I’m not sure if they’re a boy or a girl–see the reader’s comment below) attempting and failing a box jump. The ponytail made me think girl. Watch til the end!

What’s striking about it is that their dad doesn’t stop them. Instead, he encourages the child to keep trying? How about you? What would you have done? I confess I fretted a bit. “Don’t hurt yourself!” Does it make a difference to you if it’s a boy or a girl jumping?

And then I got thinking about it in terms of my work on the “play gap” between boys and girls and between men and women.

The grim facts are that Canada’s children just got a D- in physical fitness for the third year in a row. Just 9% of Canada’s children between the ages of 9 and 15 meet the recommended guideline of one hour of activity per day. Experts are blaming the dismal showing on the so-called “protection paradox.” Parents try to keep children safe by not allowing them to move freely between home and school, or engage in active, outdoor play, but as a result our children are leading increasingly sedentary lives. See here.

But of course it’s not just that kids don’t get enough movement. It’s also the case that girls move less than boys. More on that in another post. I promise!

Do we stop girls but not boys from risky physical behavior? I bet we do. I’m still thinking about this and welcome your thoughts and ideas.

My youngest turned 20 on Saturday.

If you have sons and you’re worried about their futures, and their relationship with one another, go read Brother by David Chariandry. Brother is a stunning novel, beautiful and heart breaking, but it might make you cry. I’m crying anyway so it’s okay.

Also, the audio book is wonderful. 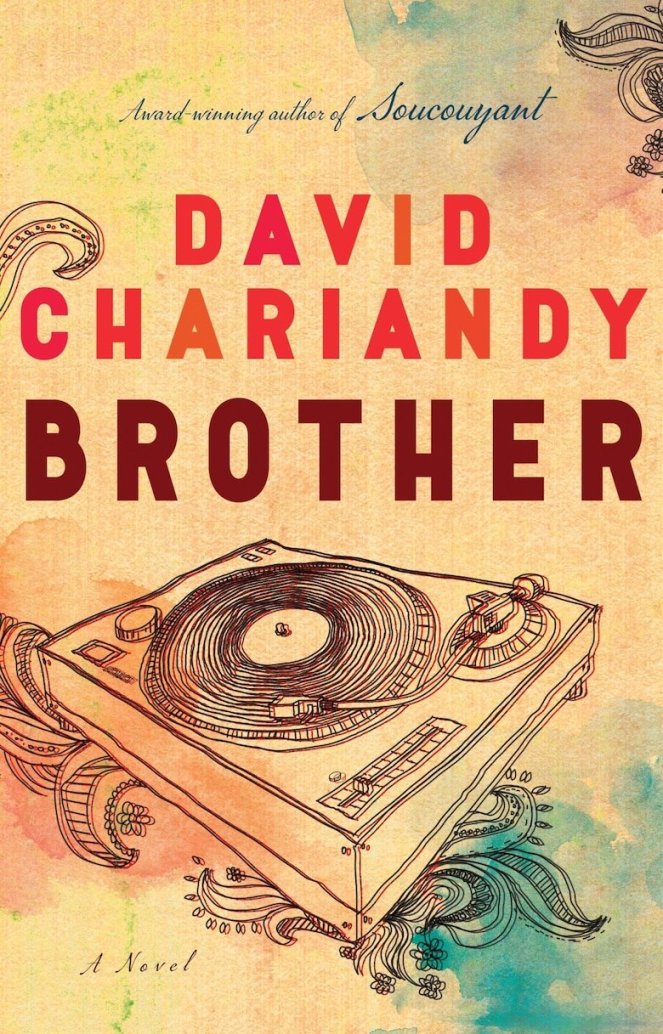 Of course 20, like 50, is just a number but it means I’m no longer the parent of teenagers. That’s been a huge part of my identity.

I’ve loved parenting teenagers. It’s been the hardest and most rewarding part of parenting. During the best/worst of it I once posted to Facebook about thinking there ought to be parental leave for parents of teenagers. Turns out I’m not the first person to have this idea. See here.

It’s all of the ‘meaning of life’ stuff and the navigating first serious adult relationships that was challenging. Add to that first jobs, learning to drive, and school getting serious. Oh, and sprinkle it all with experiments involving drugs and alcohol. So not easy.

I terrified friends with babies and toddlers by offering to swap for some weekends. I looked fondly back on the years when their needs were simple and obvious: food, books, hugs, sleep, etc.

But I also loved having a full house of their friends… the ballet dancers, the football players, the various choirs. We could never decide if it was a good thing or a bad thing that the hot tub served as a teenager magnet. Mostly though I liked having them at home.

I know I’m not going straight into the empty nest years. One of the twenty somethings still lives at home and another is just away at university. And we’re planning active summer holidays together. Weekends with canoes, bikes, and hiking/camping.

But life with teenagers is over and I’m sad about that.