It is true that I’ve had breakthroughs on long runs. I have figured out many of the hardest problems in my life while running along the Charles River in Boston. That is where I decided to become a writer, a teacher, and a partner to the love of my life. Exercise is incredibly therapeutic, but it is not therapy. As Moira pointed out, this distinction matters, and much of the glorification of exercise as therapy comes from the stigma around actual therapy. So let me lay it on the line: I would not have made those breakthroughs without therapy. Therapy is hard, much harder than any run I’ve ever done. But it is in therapy that I’ve learned how to live a full, authentic, and deeply loving life. Running doesn’t do that.

Here’s the thing: running makes me feel great. So great, in fact, that it can (and did) act as anesthesia for a whole host of negative emotions. Whenever I questioned my self worth, it was easier to plan out my runs for the next four months in the most well color coordinated spreadsheet you can imagine. It was easier to run five tempo miles and come back exhausted than sit down and untangle the reasons why I hated myself.  When I say easier, I mean that it was actually neurologically easier for me to carve more deeply the grooves in my brain that erode my self worth. Those grooves say that my wellbeing is not and should not be a priority, and that I have no right to take up real space in my relationships or the world. That is how I felt for much of my twenties, and I thought that if I was just a little bit better (read: faster, thinner), it would be okay; I would be okay.

I loved running, and I ran myself into the ground. I was constantly injured and exhausted. In 2010 I trained for a marathon I never ran because I was overtrained and under-rested. Running was the most effective punishment ever because it felt amazing, and it never ended. I could always push myself to run more and faster. I set goals such that I was always falling short and then had more things to punish myself for. It was a beautiful, twisted, inescapable cycle.  What allowed me to escape was therapy. And yet, even now, I can’t help but be impressed by the efficiency of a punishment that feels amazing.

After a hiking trip where I came home unable to walk up stairs, I went to see a physical therapist. Not surprisingly both physically and psychologically, I had injured the same hamstring as when I was in high school and played whole varsity lacrosse games high on endorphins and took ibuprofen with most meals. The first time my PT told me I should take a week off, I laughed. Then he dared me to take a week off, and I’m not very good at backing down from a dare. PT helped me to appreciate my body and to treat myself like an athlete. I ate more protein, I stretched, I warmed up. I started having planned workouts and planned easy runs. It was revolutionary, but it was also all incredibly hard work because it meant pushing back against so much of what I’d been doing for years. I worked through those difficulties in actual therapy, curled tightly in the corner of a big purple couch trying to figure out if I was an athlete, if I looked like an athlete. If I was enough of anything.

A year ago at this time I was deciding not to complete my second stab at marathon training. I was two months in, and I felt exhausted. It was similar to the moment when I realized that I no longer had the capacity to make it through a day on a thousand calories. It wasn’t that I didn’t feel that pull, it was that I had lost the ability to ignore my body. I felt like a horrible failure for weeks.  But I also knew, because of long, awful therapy sessions, that I was listening to my body in an authentic way, and that it was telling me that the career shift, the job search, the financial stress, and the big move were plenty to deal with. Plenty. So I backed off on training, and told myself that running needed to be a release from stress instead of a way to punish myself. The line was not clear. Self care is an incredibly complex task made more so by years of creating static to block out the signals my body gives me.

I am still working on all of this hard. In therapy. I still untangle it on my runs. Last week my therapist asked if there was space for me to inhabit the body I have now. I couldn’t say yes, but I could say that I wanted for there to be, and that is a radical desire.

I am a different runner now, stronger and slower. Rusty from five months of winter and eight months of adjusting to an incredibly demanding job. My usual running route involves a thousand feet of elevation gain in two and half miles. When I get to the top of that hill, I feel amazing. My blood is pumping; my endorphins are flowing. I’m mentally writing a draft, planning class, or zoning out. Now I run with my whole self using the same physical, but entirely different psychological, muscles to make that climb. I never would have gotten to the top of that hill without therapy. And I probably never would have kept doing therapy if I didn’t have running. There was a period of time when I could run the five miles home from therapy, and I used those runs to filter through what we’d talked about and to anesthetize myself from the pain I felt. I needed anesthesia, we all do, but I also needed that growth and change even when it was painful.

Andra Hibbert is a queer writer, teacher, and runner in northern Vermont. Her fiction has been published in Five Points and Weave Magazine. 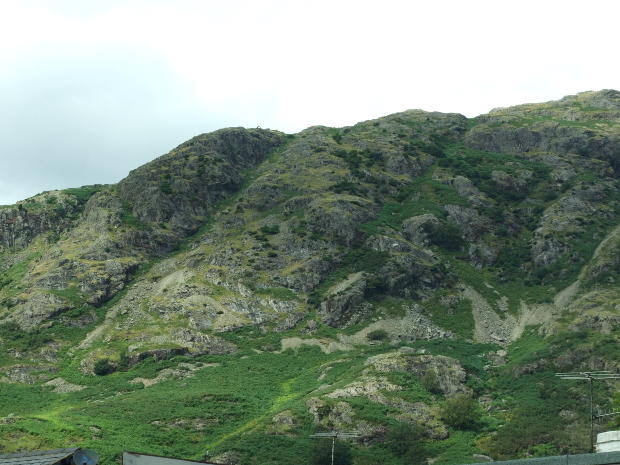