Let me start by stating that I am NOT a fan of the reality show, “The Biggest Loser”. The idea of sentencing obese people to 30 weeks’ hard labour and extreme food restriction under intense public scrutiny in the name of losing weight is basically torture for entertainment.

I saw some of them on a trip to southern Utah some years ago. While my husband and I were hiking in the magnificent desert of Snow Canyon State Park, these poor souls were marching along the road, heads down, sweating, panting, and really not having fun.

But was it worth it in the end? Did their strict 30-week regimen instill in them the discipline to maintain their now lean and mean bodies? Surely their metabolism had improved, and they were now fat-burning machines as a result of the 5 hour/day intense exercise.

Here are what I think are the most interesting findings of the study:

So, to summarize, these people did maintain some weight loss, but at the cost of their resting metabolic rate. Their metabolism has been permanently altered. Or, as Dr. Yoni Freedhoff says, destroyed. http://www.weightymatters.ca/2016/05/the-lasting-damage-of-biggest-loser_3.html

However, these subjects clearly showed that they had a tremendous amount of discipline in maintaining their exercise regimen, probably because they were under intense public scrutiny. And most of them did maintain a 10% weight loss over the long term. So perhaps “biology is NOT destiny”, and a disciplined approach to lifestyle changes really can result in sustained weight loss.

So if exercise doesn’t increase RMR, what about diet? It was expected that the RMRs would reset back to their original values once the weight was regained, but that didn’t happen. So the lowering of RMR after that kind of dramatic weight loss is persistent, and may be permanent. The implications are that the subjects would have to eat far less than the recommended 2500 calories per day in order to maintain their original degree of weight loss. You’ve heard that some subjects had an “800 calorie handicap”, meaning that they would have to consume no more than 1700 calories per day just to maintain their weight loss. That would mean that these people would literally be hungry all the time. That is the direct result of a persistently damaged metabolism.

My take on this is that is it far, far better to simply exercise and get healthy and strong no matter what your weight. The scorched earth policy of The Biggest Loser will result in some weight loss, but at the cost of a permanently damaged metabolism. 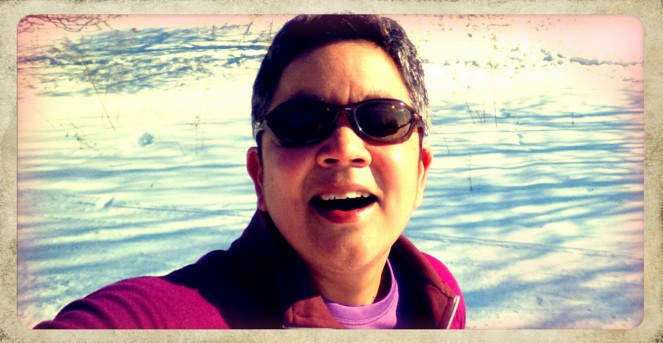 Savita is a scientist and professor in London, Ontario. When she’s not in the lab investigating the causes of diabetes, she’s in the pool trying to keep up with her Masters swim teammates, or in a nice downtown restaurant enjoying local food and craft beer.

View all posts by savita1