‘Do not kill the instinct of the body for the glory of the pose.’
Vanda Scaravelli

When I first thought of writing this article, I struggled as to how to get my point across without sounding like I was whining about how things have changed.  Change can be a good thing.  Some of the changes I have seen over the years have made Yoga more accessible to those who would have never attempted it in the past, which is of course, a good thing. So then, if the changes have brought good things then what is the point of bringing up the things that aren’t so good about what I like to call the “Lululemonization of Yoga”?  Well, I think bringing the not so good things to the forefront can also be a good thing and that hopefully we can be made aware of and will, hopefully change our views and actions.

Now, I know there will be those who will not be happy with my title.  I am not blaming Lululemon on the demise of Yoga, but there is a correlation between the rise of Lululemon paralleling the rise the Yoga in Canada and the United States.

I began practicing Yoga in 1998.  I had been injured running and saw a poster on a local telephone pole for Yoga at the church in my neighbourhood in Hamilton.  At that point in time, I believe there were one or two Yoga studios in all of Hamilton and maybe a few classes at local recreation centres. After moving the chairs out of the way at St. Cuthbert’s, the ambiance was perfect for Yoga.   The teacher was fresh out of her teacher training and was warm and welcoming.  She doted on each and every one of us as if we were the only students in her class.  The class was filled with a diverse group of mainly women, although there were a couple of men in the class even at that time, and of varying size, shape, and athletic ability.  The hour and a half long Hatha class was anything but slow moving.  Although Hatha Yoga is labelled often as gentle, the class was challenging but non-harming, which I fear is missing from today’s typical repertoire in most Yoga classes, my own included.

At the time when I began my practice, Yoga was still a fringe activity that was not a ‘workout’ enough for most people.  Yoga was for the old throwbacks from when the first wave of Yoga made its way to the west in the 60’s or for those who were looking for some stress relief.  As the years went by I saw the classes become more popular, which is when I first noticed the other trend beginning; the rise of the Lululemon.  Admittedly, at first I thought the gear was cool.  Although it was expensive, I thought it was great that Yoga was growing in popularity and everything that I loved about it would spread like wild fire to the public.  My preaching about what I was getting out of my own classes would finally be understood.  When I said, ‘I do Yoga’, I wouldn’t be looked at with a questioning stare, but others would be able to comprehend where I was coming from when I talked about Yoga.  What was so wrong about Lululemon?

In 2006, I began teaching Yoga after receiving my teacher training certification from Sheridan College.  This was a two year, night school program that was very comprehensive and included 4 units of philosophy as well as asana work.  I started my teaching by instructing classes for many different offices on their lunch hours as part of employee health promotion initiatives.  The students were eager and very open to learn.  They were looking for stretching, strengthening, but mainly for stress relief.  They were surprised when they would find some of the poses challenging and we often talked afterwards about the different poses and what the benefits of each were.  The students were warm and welcoming, much like my first teacher was.  There was no Lululemon worn at any of these classes.  Coincidence? Maybe.

Then came the emergence of Hot Yoga.

About 5 years ago, I attended my first hot yoga class.  Now, this was not a traditional Bikram class, which yes, is supposed to be hot.  Bikram was developed to mimic the hot, humid, weather of India for those who were not able to practice there.  The heat, they also believe allows for the body to sweat out toxins.  Lululemon was fast to jump on this band wagon because it meant a whole new line up for sexy new Yoga clothes.  Soon after that, some studios stopped offering not hot classes as the popularity rose for the sweat filled, music thumping, Cirque De Soleil type classes.  In fact, if you didn’t offer hot Yoga, your studio was soon falling behind the times.  Now we see studios that offer no traditional Hatha Yoga at all and only offer their own brand of Yoga taught by teachers that are only trained by them.

Fast forward almost 10 years and if I allow myself to look back, I have mixed feelings about this Yoga evolution. Whether I am a student in a class at the local studio (one of at least 10 in my end of the city, not including the classes available the gym and rec centres), or teaching at a studio, Lululemon is present at each and every one of them.  As a student, I have had teachers who have minimal training taking us through poses with the exuberance of a drill sergeant, only to have people praise them for the great ‘workout’ they just had.   The feel of the class is dramatically different from the St.Cuthbert’s classes I once attended.  I feel that the warm and welcoming openness is lost in the sea of spandex and crop tops.  My own practice alters during these classes as I force my body into poses it has no right being in, ignoring old injuries all for the sake of fitting into the model Yoga student profile, complete with Lululemon ensemble.

As a teacher, my classes have changed as well, to a more Vinyasa (sequence) filled class to ensure that my students get what they are paying for; a workout.  I reflect on this evolution and feel disappointed with myself.  I have allowed the pressure to ‘perform’ cloud my judgement of how I would like my classes to be.  The Lululemonized class I teach now is not the same as it was when I first began.  When the guilt overwhelms me and I go back to my roots and how I was taught, more often than not, there is a student or two leaving never to return to my time slot.  The class was not fast enough.  The class was not challenging enough.  The class was not advanced enough; at least in their heads it wasn’t.  I can’t really blame them.  The Yoga they started with is not the same as the one I did but isn’t it my job to show them all Yoga can give them?  Am I just as guilty as Lululemon because I am forcing myself to fit in to not only their clothes, but their version of what Yoga is?

But from this evolution, can we learn anything?

I find that lately, perhaps because of this guilt, I make sure I instruct my students to attend many different classes.  I express all of their individual benefits, but encourage them to welcome Yoga of all types into their practices, just as Yoga is for all students. I reiterate to them that the mind must listen to the body, instead of the other way around. Most of all I try, and will continue to tell those who ask, that Yoga is just as much for the mind as it is for the body.  If we are moving mindlessly through sequence after sequence, then we are missing out on so much that Yoga can give us.

Sure Lululemon can’t be held responsible for the guilt in my own practice, nor can I point the finger at their clothing for what I see as a slide in the purity of Yoga, but I change the way I teach.  Change is good, after all. 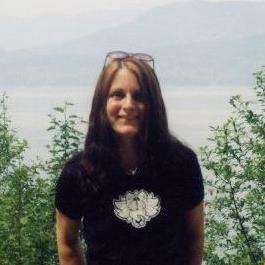 Nicole Jessome lives in Hamilton, Ontario where she can be found running in the trails or down at the waterfront. Nicole has completed many 5km and 10 km races along with 9 Around the Bay 30km road races. When she isn’t at work, she is teaching Hatha and Vinyasa Yoga, baking and writing for cravelife.org.

View all posts by cravethecookbook

17 thoughts on “What has happened to my Yoga class? (Guest post)”