A friend just posted a picture of her new bike jersey. Love it. I’m also a mum and a cyclist and I want one too. Both parenting and cycling are big parts of my identity.

I also want drivers to know that cyclists are regular people, with families and loved ones. The lycra clothes and carbon bikes don’t give us super powers.

The company that makes the jerseys, Carytown Bicycles says,
“Moms ride too. Drivers need to recognize that there is a family somewhere that needs its mother to make it home safe and sound. Don’t mess with moms!”

But I confess that at some level I have a mixed feelings about the “mom” jersey. What if I’d decided not to have children? It would still be wrong to run me off the road, right?

Maybe I’ve been thinking too much about families and the many shapes which they come. I just gave a talk at the Rochester Institute of Technology part of which was about extending the scope of morally significant family relationships beyond parent and child.

But even those isolated from their families or who voluntarily live alone need to be treated with respect on the road.

But there’s also a special worry about “mom” language. It’s hard get respect for women as persons. See I Am Not Your Wife, Sister or Daughter. I Am A Person. It’s about appeals to family relationships in the case of sexual assault.

I have value because I am a person. Full stop. End of argument. This isn’t even a discussion that we should be having.”

Maybe it’s as simple as saying that anything that results in fewer cyclists dying on our roads is a good thing.

I had similar reservations about research that shows that drivers consistently give women riders more room on road. See Implicit bias, women riders, and helmet pigtails.

“Want to get more room on the road while riding your bike? Here’s one way. Have drivers judge that you’re female.
Study after study shows that drivers give more room when passing female cyclists. They also give more room to riders without helmets but that’s another issue.”

Maybe in the end what matters is getting better treatment and more room on the road. Wear helmet pigtails whatever your gender. Wear the “mom” jersey whether or not you have kids. If “baby on board” stickers mean other drivers behave better around your car, go for it.

Carytown also sells this t-shirt which I love. 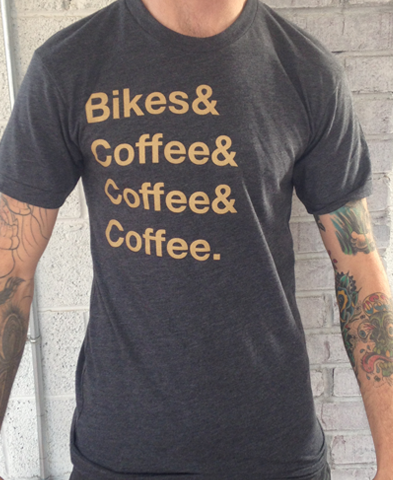