I have a fairly robust self image despite being significantly overweight. How did I come by this? It’s puzzled me a bit so I thought I’d share some of my thoughts.

It’s not that I think my body is perfect, far from it. I see the flaws: footballer knees, a soft lower belly from pregnancy, wide calves, short legs/long torso… What I mean is that when I look in the mirror, I usually smile. I see my stretch marks even (hard to be pregnant three times without getting some) with affection.

I used to think that body acceptance would be easier if you were closer to society’s ideals for women. Now I see that isn’t so. Doing the Lean Eating program I got to know some very small women with some serious body image issues. I found some of the self-loathing pretty difficult to be around and in the end I chose a smaller subset of that community as allies and friends.

I realized that I’ve had some big advantages in the people with whom I’ve chosen to surround myself. I’ve speculated before about queer community, diversity, and body positivity. It helps too that there are people who I find attractive in spite of, or even because of, their physical “flaws.” And I’ve always had people in my life who think I’m attractive, because of who I am, not in spite of it too. I laughed when I read I’m Fat, Forty And Single And I’m Having No Problems Getting Laid on xojane. You should go read it. Funny, sexy, and true.

So sex and sexual attractiveness can’t be the whole story. I suspect that some of these nearly perfect women suffer more because they’ve been inside the beauty norms for so long, it hurts to feel out. When you’re off the radar as a kid it’s easier to cope. Being mainstream thin and beautiful mostly felt ‘off the menu’ for me. I wasn’t a fat kid but I think I was always chubby. Okay, there was a brief patch in high school when I was a smaller size. I also smoked and drank lots of coffee and got winded walking up a flight of stairs so it’s hard to idealize those days.

I suspect it makes a difference too that while I was chubby enough to be off perfection’s radar, I wasn’t fat as a kid, just chubby. I’ve always struggled with these terms. I still do. See Fat or big: What’s in a name? . What I mean is that I wasn’t bullied for my size and escaping with my self-esteem still intact is probably connected to that too.

Come midlife though pretty much everyone’s body changes and mostly in ways people don’t like. In my post on middle-age, bellies, and body acceptance, I noted that changing shapes and weight gain around the waist seems to take a harder toll on the formerly thin.

We all know that the changes in hormones associated with menopause leads to change in fat distribution. Lower estrogen levels post menopause move fat storage from hips and thighs to the midsection. And it’s the chubby bellies that bug people who’ve been on the thin side for most of their adult lives.

To get a sense of what I’m saying about those who were chubby through youth, read Math Babe’s wonderful post I’m already fat so I may as well be smart.

I just wanted to mention something positive about the experience of being fat all my life, but especially as a school kid. Because just to be clear, this isn’t a phase. I’ve been pudgy since I was 2 weeks old. And overall it kind of works for me, and I’ll say why.

Namely, being a fat school kid meant that I was so uncool, so outside of normal social activity with boys and the like, that I was freed up to be as smart and as nerdy as I wanted, with very little stress about how that would “look”. You’re already fat, so why not be smart too? You’re not doing anything else, nobody’s paying attention to you, and there’s nothing to gossip about, so might as well join the math team.

Queer people sing a similar song about what makes fellow queers so interesting. Once you learn that society is wrong about expectations around sexual orientation, you begin to question society’s norms and expectations across the board. What else might my teachers and parents and all the other kids be wrong about? What other received truths won’t survive the light of day? What do I like really?

The circumstances of growing up as an outsider–whether one is outside beauty norms or sexual orientation norms–can have interesting positive effects.

Slate columnist Mark Stern explores the question, Are gay people smarter than straight people? here. he looks at the best explanation for gay exceptionalism and finds them not in biology but in context and circumstances.

Gay people might just work harder than their heterosexual counterparts. Starting in childhood, most gay people are acutely aware of the challenges they’ll face, the roadblocks they’ll encounter, the discrimination they’ll battle. Gays born into small towns—which tend toward homophobia—understand early on that they must escape in order to find acceptance. For LGBT youths, escape usually hinges on two all-important factors: good grades and money. When excelling in school and making money are the only escape hatch to happiness, hitting the books and working overtime have a lot more appeal. 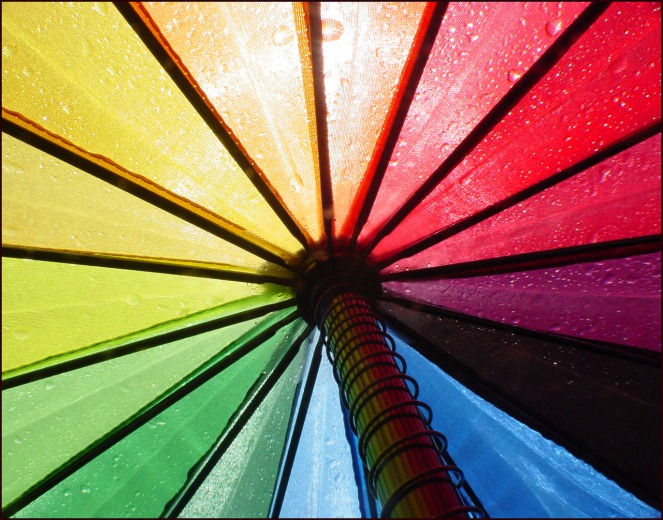 Similar points can be made about growing up outside mainstream beauty norms. Well, I’m not going to be a supermodel. Cross that off my to-do list, or as awful well-meaning relatives sometimes say, “You’re not going to earn your living off your looks.” Then you better find something else on which to base your self-esteem. Make peace with it and move on.

6 thoughts on “The unexpected advantages of growing up chubby”