An issue has exploded this week which brings together themes from two of our most popular blog posts. I first noticed traffic spiking from two search terms “CrossFit women” and “crotch shots” before I even knew the source.

The searches were leading people to the following older posts: Crotch shots, upskirts, sports reporting, and the objectification of female athletes’ bodies and Women of CrossFit.

Later things clicked into place when the wonderful blogger behind Fit and Feminist shared on Facebook the following story about CrossFit, Dear CrossFit: Talayna Deserves Better.

The story begins with a photo of Talayna Fortunato climbing a rope at the CrossFit Games.

About the photo, Patrick McCarty writes: “That’s Talayna Fortunato climbing a rope at the 2013 CrossFit Games, posted on both Instagram and the CrossFit Facebook page by CrossFit’s media team. Now, you may notice that she is highly ripped, and has fantastic arms. But that’s not why the picture was posted. The picture was posted because her legs are splayed directly into the lens of the camera. ”

I like the photo. I like strong women. And my first thought looking at the photo isn’t anything to do with Talayna’s crotch. I think she looks like an amazing athlete. I’m wow-ed.

But my reaction changes when I read the comments under it which are crude and disrespectful. “I’d like to give her a post work out protein shake.” Ugh. People. Mostly, ugh, men.

McCarty says CrossFit ought to know better posting photos like that. He writes, “CrossFit Media – stop it. You guys should be better than this. You can’t feign ignorance and claim you had no idea that what you were posting was potentially embarrassing, inflammatory, or disrespectful. You know what you’re doing. It’s certainly good marketing, but it shits on the very athletes who make your sport grow more popular every day. Grow up. You no longer need your edgy, guerilla marketing. CrossFit is a snowball rolling down a hill now. Take the high road and I am willing to bet you won’t lose one single dollar of revenue.”

But did CrossFit listen? Um. No.

There’s another crotch shot photo on their Facebook page. It’s a photo of a woman swimmer advertising Women’s The Pool (Re-run) on ESPN tonight. This time I didn’t have any of the “Wow, what an amazing athlete” thoughts. I immediately thought “Dear God. Another crotch shot.”

There is a discussion of strength and athleticism versus the focus on the way female athletes look. I chimed in and posted links to my earlier posts. We’ve got some new followers. Welcome!

I know the controversy gets CrossFit publicity. But it does so at the expense of treating women athletes with the respect they deserve. Now, I’m with McCarty. CrossFit, grow up!

And once again I feel obliged to say that I haven’t seen or heard any of this sort of discomfort with women’s bodies at either of the CrossFit locations I’ve trained at. CrossFit deserves better media representations of its female athletes. 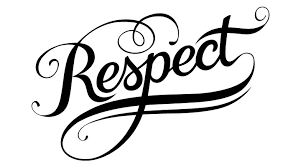