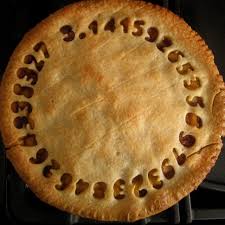 I’m an all or nothing person. I don’t smoke. I don’t drink. And I don’t eat meat. You can read more about my views on moderation here.

I started thinking about my preference for all or nothing after reading Gretchen Rubin’s Happiness Project. You can read Rubin on abstaining versus moderating when you’re trying to give something up here.

Rubin is an abstainer. She finds it easier not to eat cookies than eat only one but she’s unhappy when she eats five. Mostly I’m with Rubin. I’m a much better abstainer than a moderator but lately I’ve had some small successes as a moderator I thought I’d share. Both successes involve food, an area of life where abstaining is hard. You can’t just give up eating.

Success story number 1 is my moderate approach to veganism. I’m a vegetarian who had been for years thinking that ethically speaking I ought to be a vegan. That is, the same arguments that persuaded me not to eat meat (primarily concerns about animal suffering and factory farming) ought to also, if applied consistently, persuade me not to eat dairy products or eggs.

But for a variety of reasons, some involving my own food preferences but others involving the need to feed hungry, growing teenagers, I’ve never been able to take that step. Then last year I decided I’d just do as much as I reasonably could. To a rough measure I’d aim to eat vegan two thirds of the time. I was inspired by a feminist philosophy colleague who had similar concerns and who’d recently taken the two thirds vegan plunge.

And I’ve been successful eating vegan most, but not all, of the time. I eat free range eggs sometimes and I use fish oil supplements. In a pinch, where other protein isn’t available, I’ll eat sustainable seafood. So I’m not a vegan but my efforts, I think, are better than nothing. And the worry is that thinking that being a vegan is too hard leads you to doing nothing. Perfection is the enemy of the good, so they say.

As Tom Hurka argued in one of his ethics columns in the Globe and Mail, consistency is overrated as a virtue. Better to be good two thirds of the time than to be rotten consistently!

I have also come to worry about diets that get rid of food groups entirely and while her reasons and her landing place aren’t quite the same as mine, I found this post by Alexandra Jamieson quite moving: I’m not vegan anymore.

Success story number 2 is my moderate approach to desserts. I’ve been tempted over the years to give up desserts entirely but I love food as celebration too much. I love birthday cake and Pi day. But awhile ago I decided enough was enough. Not every day is dessert day. I wasn’t sure if I could handle having dessert just x number of days a week but it seems that’s a plan that works for me. I was at four, now at two, and the world hasn’t ended. I’m glad my moderate plan seems to be working.

Finally I enjoyed reading Go Kaleo’s defence of moderation in matters of fat loss. See her post Moderation is Evidence Based.

6 thoughts on “Experiments in moderation”