These photos by Howard Schatz, from his 2002 book, Athlete, have been making the rounds lately. Sam gave a shout-out to Schatz’s photos in her popular post, “Fit, Fat, and What’s Wrong with BMI?”

People–myself included–can’t stop looking at them.  They are all pictures of professional athletes ready for game day, that is, they’re in peak physical condition.

What’s so absorbing about them is the range of body sizes and shapes depicted?  The human body is for sure a thing of fascination and beauty.  And there’s something awe-inspiring about a body that can perform the way the bodies of professional athletes can. So that’s one reason these images catch our attention.

Their real power, I think, is in the impact of the group shot. We know there’s diversity among human bodies–different shapes, sizes, proportions, colors and abilities.  But though it’s obvious that a gymnast will, for obvious reasons, have a different body from a speed skater, and that a boxer needs a different body than a long-distance runner, it’s somehow not something we think about much.

Most of us default to a standard stereotype of “the female athlete.” But what that mental picture usually amounts to is an image of a fitness model–slender with visible muscles and a six-pack.

The range of bodies depicted in the series is a great reminder of the range of types even among professional athletes.  There’s no one shape that is “athletic.”  Schatz doesn’t just photograph women, either. We see an amazing range and contrast when men and women are pictured side-by-side.

Another point worth noting is that the fascinating bodies of these athletes are by-products of athletic achievement, not the goal in-itself (except perhaps for the body-builders).  Olympic swimmers, for example, don’t get into swimming because they want the body of a swimmer.  Intense focus on what the body can do ultimately yields a body that does those things.

You don’t have to be an Olympian to benefit from that message.  As we’ve said before on the blog, a focus on what the body can do, on athletic rather than aesthetic values, and on things that you enjoy rather than things that will help you look a certain way will make for an all around more satisfying experience of activity that is likely to improve your quality of life on many levels.

The only criticism I have of the series (and I confess that I have not seen the whole book, so maybe it’s just a criticism of what has been reprinted on the internet) is that there are no disabled athletes included.  Athletes who compete in the para-Olympics are amazing examples of outstanding physical achievement as well. Many of them can easily outperform most nondisabled people in their sport. Including their bodies alongside these other athletes would have given us a more accurate glimpse at a fuller range of elite athleticism.

Though Schatz represents an amazing range and that carries a powerful message, there is room for still more diversity in our representation of athleticism and the athletic body.

I’ve been thinking a lot lately about pushing yourself, knowing your limits, and that moment when your body tells you that you absolutely cannot go on. You don’t choose to stop. You stop because you have to. You physically can’t do it. Or at least that’s what it feels like and it’s the way I naturally describe it.

I walked one of the hills in the Gran Fondo. I just couldn’t make it up that hill on my bike. Now maybe the Gran Fondo isn’t a great starting point for this since I was deliberately riding, not racing, it. But certainly there have been races and hard training sessions where I hit my limit.

There’s gallows humour associated with athletic suffering that cuts across so many of the sports I like. Rowing, cycling, and CrossFit workouts are all associated with jokes about throwing up and passing out. And they’re not just jokes. I’ve seen several bouts of barfing at training sessions during my time as a cyclist. Mostly during interval training at the track and interval training at the crit course, of course.

For all the talk I hear and read about people injuring themselves from overdoing it at CrossFit (see this article on CrossFit’s dirty little secret for example) I’ve never actually seen it happen. I’ve been doing CrossFit for a year and a half now and I’ve only encountered sane and sensible coaches who push people, yes, but not beyond their limits. Since I’ve only done CrossFit in Canada and New Zealand I’ve wondered if it’s a cultural American thing, this pushing yourself to the point of injury. Maybe not. All the boxes are independently operated and so I don’t don’t there’s some bad coaches or communities out there. I just haven’t met them.

What’s fascinating reading about this idea of limits and the role they play in athletic performance is the role the brain plays in it all. Tracy and I have both written about listening to our bodies but what’s tricky here is that it turns out our bodies and brains aren’t always the best judges of what we can do. It turns out that our brains send the “Stop now!” signal not our bodies.

Now that would be fine, the brain working as our internal governor, if we were all tuned the same way. But we’re not. In some people the “can’t go on” moment happens much sooner than it does for others, even with the same physical cues.

That’s why some athletes win even though the data (VO2 max, for example) suggests they shouldn’t.

Different people react different ways in different situations too. Some years ago I had my VO2 max tested (I forget the number but it was “superior” though not “elite”) and my max heart rate tested too. I wasn’t relying on calculated data. I had actual numbers.

But the funny thing was looking at data from my heart rate monitor during criterium races that I exceeded the max. There were these bright red spikes on the chart generated when I uploaded the data. On hills? I couldn’t make myself come anywhere near the max. Still can’t. And I know that’s psychological.

Knowing it’s the brain, and not your body, throwing the off switch doesn’t make it any easier to control though.

I said a similar thing about aging in my post Is aging a lifestyle choice? If the reason we slow down is psychological rather than physical, that doesn’t mean it’s any easier to keep going.

Lots to think about here. I’ve written a bit about before in Why are painful workouts so much fun? (And other questions about suffering and athletic performance) And if you’re at all interested in the performance aspects of physical activity, rather than just the health benefits, it’s well worth reading the articles excerpted below in their entirety. 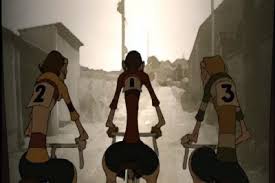