Academics travel a lot to give talks, share our work, attend conferences, discuss our ideas. It’s part of what we do.

(Conference travel is written about in the campus humour novel, Small World, by British author David Lodge, though it’s set several decades ago. The Guardian book club discusses it here. Norms of behavior while traveling an academic have changed since then.)

I’ve written before about exercising on the road. (See, for example, Finding my inner Arnold in Peterborough.) Mostly though these have been individual solutions. But lately a new thing has been happening. In part, thanks to the blog, I think, and our growing community.

I love that my reputation for physical activity now precedes me. The first inkling something was changing was last fall when I was invited to keynote a conference, with short notice. Perhaps the result of the gendered conference campaign, I don’t know. I couldn’t do it but the organizer tried to make it more attractive with the offer of a bike ride. I wouldn’t even have to miss my long weekend ride. And I needn’t bring my own bike on the plane. I could borrow his wife’s road bike. Tempting. (Though I did wonder what his wife might think of the offer. What bike would she ride?) A beautiful part of the world where I’d never ridden before. But still, I couldn’t do it. Bike ride possibilities didn’t make the conflicts in my schedule go away.

Last week I was in San Diego for the Pacific Division meeting of the American Philosophical Association and the conference bike ride idea finally worked out thanks to guest contributor Sharon Crasnow. See Guest Post-Cycling after 60.  Sharon generously arranged me for to borrow her daughter’s road bike. I packed cycling clothes and my helmet. Off we went! We had a lovely bike ride around Fiesta Island.

Great spot for riding and racing. You can do loops, which I love. Ocean view and no snow! Just perfect. Also, flat!

Last month I was in the Los Angeles area giving a talk and I was happy to be taken on a hike on the beach the day of my talk. Later that weekend I got to go hiking in the hills and canyons of LA. I hadn’t thought of LA as a great hiking city. But I was wrong. 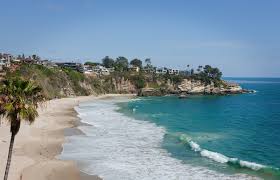 Sharing physical activity, hiking and biking, with fellow philosophers is terrific. We can talk while moving. I get to see a new part of the world. And I don’t feel like I need to sneak off on my own to exercise.

I love my job!

I ride a Rocky Mountain hybrid and my spouse and I enjoy biking every time we can. Our minimum ride (the “quicky”) is a 30 km ride. But we often go for longer rides and have done as much as 110km in a day. We are not as serious about biking as a lot of readers of this blog are but we take it seriously enough. We have some bags for our longer runs and take what we need with us: water, snacks, tools, a spare tube, sunscreen, long sleeved t-shirt, money and a credit card. I am also fully equipped to ride to the office with a wonderful clip-on sturdy bag that can carry my books and binders.

We just came back from a 77 km ride and are both seriously exhausted. Why? What happened?

Yes it is 39 degrees with humidex. We left early to beat the heat but that was tough because at 10 o’clock, it was already pretty hot and the sun was shining in all its glory. But that was not the problem. The problem was: we made a rookie mistake! We did not fuel properly!

We had plenty of water. That was not the issue. But water is not the fuel needed for such rides. Water is some kind of fuel and sufficient for a “quicky” but one needs more than that for a prolonged ride.

First step to our rookie mistake: a light breakfast low on protein. It was hot early and who feels like a hearty breakfast on days like this? I had fruits and 1/3 cup yogourt with sunflower seeds. Eric had raisin bread and fruits with one Ensure (dental surgery aftermath). We both had lots of carbs but very little protein.

Second step to our rookie mistake: we took only water with us. We had 3 litres of water between the two of us. We did not have any energizing drink with salt/sugar and other nutrients (yes, I consider salt a nutrient).

Third step to our rookie mistake: we thought we were going out for only 50 km so we did not bring snacks. We usually carry nuts and dry fruit bars when going for longer than 30 km.

Fourth step to our rookie mistake (which is connected with the previous one): we thought that 50km would take us to lunch time in Fonthill at our favorite fry truck in the area which boasts the best poutine in Southwestern Ontario. The plan was to ride 40 km to the truck, have a poutine, and ride the 10 km left back home.

At about 30 km into the ride we had a choice of turning left or right. Right was taking us back to Fonthill too quick and left was a small detour that would make the ride 50 km, what we were aiming for. The small roads in that area are populated by farms and there are no cornerstores or garages where to buy fuel. We were on our own with our water. A series of other detours (caused by us not wanting to ride on gravel roads because it hurts my wrists too much) made the ride much longer.

At about 50 km, we hit our wall: Muscles burning, slight headache, slight nausea. We were drinking water like mad but still that was not enough. I was hungry and my body was screaming for fuel. At some point I thought: “Man! I am pushing like crazy and yet riding at only 9 km/h on a flat road!!!” You should know that my normal cruising speed is between 22 and 25 km/h. Eric asked: “Are we that out of shape?? Our tires seem to stick to the road!” He even checked the tire pressure! The pressure was fine but we were not.

The problem was we ran out of fuel. Badly. No energy left, whatsoever. Well, a little I guess since we made it back. But at some point, walking my bike up a hill, I did feel like I was going to collapse, right there on the spot. We made it back to Fonthill and the fry truck after riding 56 km. We did not run out of water before getting there. But water was not enough. We were lacking proper fuel. This was remedied partly by purchasing one litre of iced tea (probably not the best but I can’t stomach energy drinks and sports drinks) and more water for the remaining 11km.

And then we did ourselves in… we had our poutine (after all, we deserved it by then, right?). Yummy as ever (did I mention it is the best poutine in Southwestern Ontario?), but poutine is what it is: it feels like a brick in your stomach once you have feasted on it. And that it did. I did have some chicken breast alongside it and Eric had a burger. But this further improper fueling just made everything worst. The last 11 km were long and hard. I normally ride 11 km without even thinking about it. Earlier today, I was thinking about every push on the pedals… and about the brick in my stomach. Improper fueling is what caused all this.

One shower later and trying to recuperate (I think it will take until tomorrow morning) I muse about this experience. Lesson learned: if it is not a “quicky” we got out for, bring proper fueling. Because a planned 40 km can morph into a much longer ride. Nobody needs to hit a wall as we did. All we have to do is plan ahead and care enough for our bodies to feed it what it needs: nutrients that will fuel it with the energy we need to enjoy whatever it is we engage in. Exercise should be fun and will be fun if we fuel properly.

It’s all about the fuel!

Christine is a feminist continental philosopher who lives with spouse and cat in the Niagara Region. Biking and training are favorite activities as is gourmet cooking and reading gore thrillers when she travels to conferences, taking a break from writing her monograph on Nietzsche.