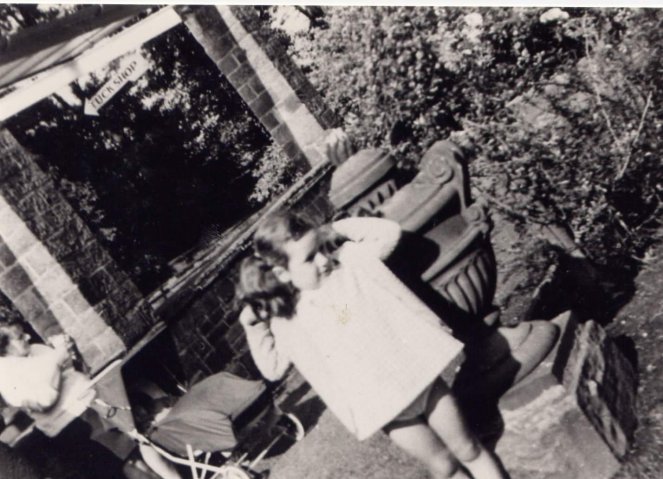 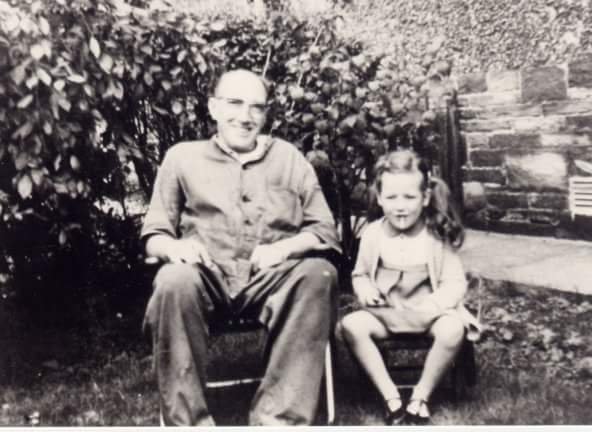 I’m sharing these pictures of me, ages 3 and 4, to show something that was unremarked then but noticeable now. My underwear are showing! Who cares? After all, I was just a very young kid. But my sense is that’s something people care about now even if we didn’t then.

I love the freedom of movement in these photos. The joy of moving without worrying about whether your body and its coverings are breaking any rules.

I have a special soft spot for the picture at the bottom of my grandfather and me. I’m mimicking his posture, down to the position of his legs, and even smoking a candy cigarette. He died of cancer so there’s that too.

I’m trying to remember when I became aware that strangers shouldn’t see my underwear. At what age did modest and propriety kick in?

When I started elementary school I went to Catholic school in Newfoundland. Mostly I have fond memories of my days with the nuns. Occasionally though their standards of ladylike behavior and I would run afoul. 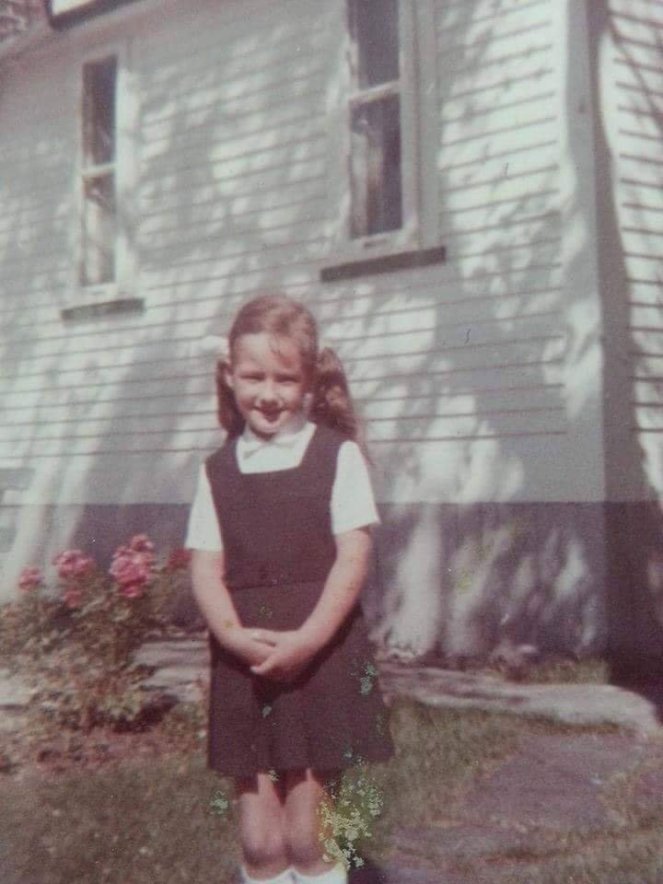 Case 1: I’m sitting backwards on a school chair leaning my arms on the chair back, legs spread. I was wearing tights. Thick woolly tights so I didn’t think anything of it. But the nuns did. “That’s not a nice way for ladies to sit.” Noted.

Case 2: It’s winter and in addition to the jumpers and the tights before we go outside for recess you need to put on snowpants. There’s a line to get into the girls locker room so I pull them on quickly, look to make sure no one is looking, and zoom, up they go over my tights and jumper. But an older Sister caught me and sent me to the corner for not being modest. I knew the rules though I thought they were stupid rules and off I went.

What prompted me to think about school and modesty?

On the academic front, I’m teaching about school dress codes and the policing of young women’s bodies. Usually though the focus with dress codes is on high school age girls.

Then this came through my social media newsfeed.

A note that came home from school to a mother who blogged about it: “We would like to suggest that the girls wear a form of cycling shorts under their dresses to protect their modesty during outdoor play.” She blogged about it here.

I ran the whole thing by a few friends, and they shared my instinctive horror at the prospect of being obliged to teach my daughters that their underwear is obscene. Several of them had their own stories of similar goings-on in other schools.

Encouraged by their reaction, I replied with a gentle query, asking the headteacher to clarify the meaning of the word “modesty” in the context of children aged from four to ten years old, and wondering from what, exactly, this mysterious quality was being protected. Her reply was cheerful and evasive: “in the instance of underwear,” she explained, children doing normal school things like sitting on the floor or playing outside was “an issue,” and, again, all the girls must do this peculiar thing called “maintaining their modesty.”

I’ve written about the competing demands of athletic performance and modesty on the blog a few times. And I like wearing bike shorts under dresses so I don’t worry about showing my underwear.

Even for me it’s complicated. Once I start doing something that’s modesty preserving, I have a hard going back. See My new cycling dress: Complicated thoughts.

But kids? Little kids? Let them run and frolic and who cares if their underwear show. Move in the ways you want to and put concerns about revealing your underwear aside.

One thought on ““I see London, I see France, I can see your underpants,” or Sam thinks about how clothing rules and modesty obsession limits girls’ movements”