So last night I lost. I lost big. I thought I would breeze past my competition, head swelling with pride, and would walk away with the joy of winning. But it didn’t go as planned. I stood on stage after months of fitness competition prep, watching my rivals get called up before me. The reality of the fact I was losing the contest slowly and bitterly sunk in.

I tried to be a good sport, tried to remind myself it was just for fun, that I had come a long way, and that making it to the stage was good enough. But it wasn’t enough.

It didn’t take long for me to compare this feeling to the US election results. It has been a crummy week to say the least. I was surprised how sick and nauseous I felt about an election in a country I don’t even live in. I had really hoped that competing in the fitness event this weekend would bring me that winning I had been hoping for earlier in the week. After all, the last time competed I won first place. I assumed it was mine for the taking again.

Clearly neither elections nor fitness competition results can be easily predicted. The desire to win is natural in all of us. We all crave that feeling of validation. That all we believe in, all we’ve worked for, all we are and all we represent will be recognized and rewarded. But sometimes that doesn’t happen and it sucks, no matter how much we try to be good sports about it.

As I drove home that night, my husband asked how I felt and my coach texted to see if I was ok. I felt the need to let everyone on social media know I lost. Not just lost but got thumped to a rather humbling extent. In short: this was not what I wanted to happen.

But the next day, something in me started to feel different. Six months ago I competed in my first fitness competition and won first place. At 38 years old and having lost 40 pounds, winning was the biggest high imaginable. I floated for days afterwards, basking in it all. I reveled and luxuriated in the feelings of superiority. I won. I had been validated. What followed was months of enjoying my achievements, getting cocky almost. I ate. My once sculpted abs began to soften. Still, it didn’t matter. I had won a gold medal and, at least in my own mind, was basically a fitness superstar. It didn’t matter that the competition was small, that I essentially got lucky. I won and had the medal to prove it. That was all that mattered. But soon the winning physique I had been so proud of slowly started to fade away. I still had the bauble as a testament to my success hanging in my closet–gathering dust–but the body that did the work was becoming a thing of the past. Winning feels great. But it doesn’t always lead to greatness.

So I realized I needed to get that feeling back and compete again. I had done this before and won, so of course I would easily win again, I told myself, now knowing the tricks of the trade. The connections. The experience. A medal was mine to take. I just had to do my training as I did before, walk on stage and claim my prize. But I lost, and oh man, did I ever lose badly. I felt disappointed, angry, frustrated, determined. I started to make a plan. I started to see what I needed to do to not just win on luck but win because I am a powerhouse. Because I’m battle scarred and stronger. I didn’t even think I would do another competition but now I’ve already started my strategies for the next one.

What’s even better? Losing has made me want the win more. I now see that my first prize was just luck but I know I have it in me to be a real competitor.  Perhaps what I was lacking in my last prep was the fuel that can only come from a painful loss.

It has made me think about the very nature of progress. President Obama won his first election with high expectations. I remember tears of joy on the news, the feeling that maybe the bad years were behind us. While the victory seemed like progress at the time, during his tenure the ultra right –wing conservatives have mobilized. There’s still anger,  counter-anger, and tension. Obama was two steps forward but the number of steps backwards has perhaps yet to be counted. Clinton may have represented another step forward for women and for progress, and not seeing her rise to that position leaves a bitter feeling of an opportunity squandered. Instead we are left disappointed, angry, frustrated and more determined. This is a powerful fuel that can only be created through a staggering defeat.

In this loss we can become stronger, more united, more focused. We can really feel it now. Now we know what we need to do. Let’s start planning for the next competition. 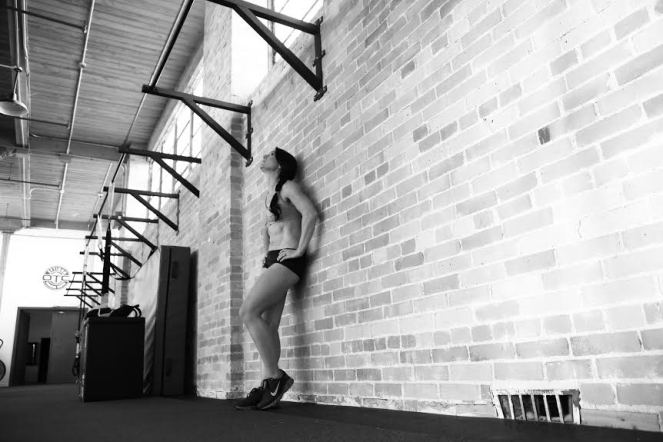 Christina Friend-Johnston is a freelance writer and communications consultant who spends equal time writing and sweating it out in the gym. She blogs at http://www.gofigure.fit.

A freelance writer, fitness competitor and kayak fanatic. View all posts by Krysse