Last weekend Sarah and I headed out canoe camping. We’d first considered Algonquin but the bits of it that weren’t on fire were booked. Instead we decided to camp at Massasauga Provincial Park.

Though it’s known for the Massasauga rattlesnake, it was clear from the very abundant and insistent signage that the creatures we needed to watch out for weren’t snakes, they were bears.

The “extremely active” bear signs amused me to no end. I don’t know if this blog is to blame but I kept imagining bear bootcamp. Bear burpees! Bears running laps on the track!

In the end we didn’t meet any bears. We did hang our food pretty high out of the way. There were frogs and chipmunks and loons and ducks.

We had a speedy paddle to our site on Friday night, trying to make it across the big bay by dark, and plans for a more leisurely paddle on the way back. On the way back though we met up with wind and waves on the open water. I got to learn how to paddle the canoe through wake. Thanks motor boats! Grrrr.

But no bears, extremely active or not.

Talk of camping and bears always reminds me of my Australian friends who seem horrified that we camp where there are creatures that are large enough to attack us. I think of spiders and snakes and box jellyfish and salt water crocodiles but apparently bears are the things that are truly scary. For the record, black bears eat primarily grasses, roots, berries, and insects, though they easily develop a taste for human foods and garbage. 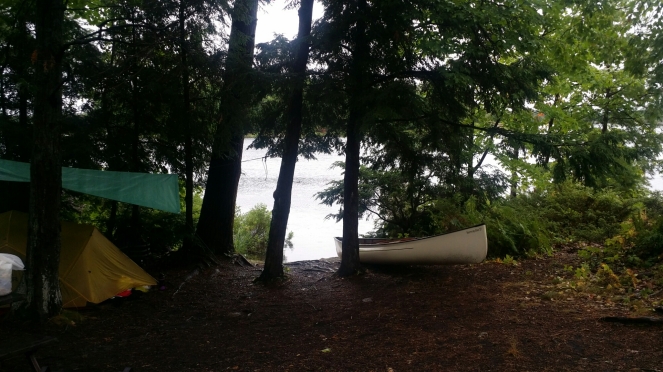 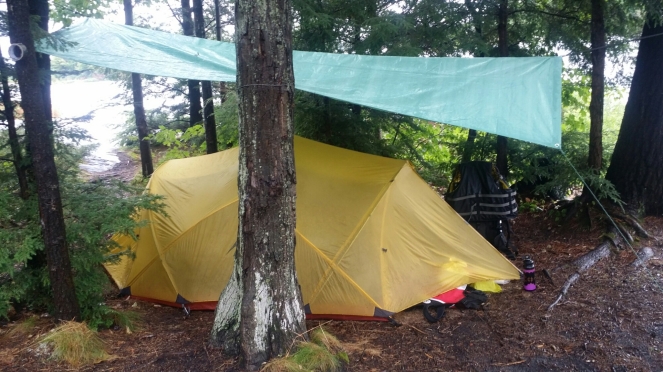