I’ve been travelling from London to Toronto to help lead training rides for the Friends for Life Bike Rally. Susan and I are
team leads and the training rides are a big part of our job. And it’s tough for both of us. Susan travels in from Milton and me from London. Both of us are swapping excellent riding territory–country roads with wide, forgiving shoulders, in her case also fun hills, for both us, beautiful scenery–for urban road cycling at various ends of the Toronto subway line. With added driving and bus/train travel to get to the start and to come home which neither of us like much.

But it’s for a great cause. Feel sorry for me, just a little bit? You can make me feel better by sponsoring me here.

I knew this one wasn’t getting off to a good start when my train from London to Toronto was delayed and then cancelled because it was damaged after hitting a turkey. Yes, a turkey. A flesh and blood turkey damaged a heavy steel train. I didn’t ask for details.

VIA Rail filled in the rest, “As CEO of VIA Rail Canada, I would like to convey my sincere apologies for the inconvenience caused to you as a result of the service disruption affecting VIA Rail Train 78 on Saturday May 7th, 2016. On-time performance is a priority at VIA Rail.  Unfortunately, on this occasion, your trip on board Train 78 was delayed due the train hitting an animal which uncoupled the brake pipe hose connections.  The train was further delayed due to rail traffic.”

So I made it to Toronto just after midnight and needed to be at the start of the ride at 9 am. My plan was to take my bike on the subway to the start but I had I known, I might have chosen differently. It turns out there was construction on the line and a shuttle bus took us between where the subway ended and where it started again. I got a lesson in getting my bike on and off the front of the bus. I was starting to feel like a serious city cyclist. I’d never done that in London.

This is a nice flat, fast route that takes you through the quaint Meadowvale Village, past industrial landscapes on wide, smooth roads and back through Centennial Park

The weather wasn’t great and personally I’d give mixed reviews to the “industrial landscapes.” But the company was wonderful. Hi Susan! Hi Sarah! Hi Cate! Hi Val! I also liked Meadowvale Village and riding the rolling hills of the ring road around the airport. Pretty much car free. I kept thinking it would be a fun spot to race.

I’ve also got to say it’s a new experience riding in the city. While I miss the easy access to country rounds, there’s some things I like better about city riding than riding in Little London (or as friends call it “Canadian London” or sometimes simply “The Faux”):

Have you ridden in the big city and in smaller places? Which do you prefer? 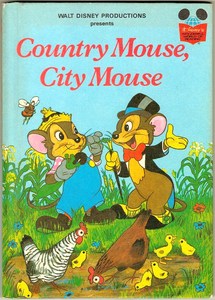