Never in my life have I thought of myself as an Athlete. In high school gym class, and later in social activities and sports as an adult, I have always had just enough coordination to pick up the basics, but never enough inherent athletic talent to excel or become an expert.

But the biggest impediment to my non-starter athletic career has been my deep, long-standing fear of failure. Fear of living up to my potential. Fear of letting the team down. Fear of getting hurt and being in pain. Fear of giving 100% that still results in a poor performance.

These fears have been cultivated not within a culture of sports but within academics. High achieving students and faculty have strong intrinsic motivation to achieve excellence, but they work in a demanding culture that can be extremely competitive and heartbreakingly critical. Even if one’s work never makes it to the general public, academic writing and teaching are very much public performances that serve up for scrutiny one’s intellectual talents to colleagues, peers, and students.

The most ambitious and confident folks do well in such a culture—particularly in the face of academic journals with low acceptance rates, single job postings with hundreds of applicants, and students who apparently evaluate teaching effectiveness based on their instructor’s appearance. Self-assurance, along with determination and perseverance—are traits of successful scholars and athletes alike.

And, unfortunately for me, as a recent PhD graduate all that negative self-talk (I can’t, I’m no good, I don’t know how, I give up) had been causing psychological “injuries” from which I was failing to recover. The fear that held me back from pursuing an academic career was not dissimilar from the fear that kept me from joining rec leagues. There were other reasons that I eventually took a university staff position, some perfectly reasonable. Looking back, though, I can admit that, I can’t had started to become I shouldn’t—and my self-talk about improving for the next academic success had become talk about giving up.

However, three years later—as a result of my fantastic “alt-ac” job whose one down side is that I sit sedentary at a computer most days—I’ve decided to become not an Athlete but an Athletic Learner. In the past four months I’ve started cardio-kick boxing, running, and soccer. Recently I’ve been to a yoga class, a step class, and (next week) a Zumba class. I even look like a lunatic walking up and down the stairs of my building when I take breaks.

For every new sport or activity, I try do my research. I focus not on my lack of inherent talent but rather on learning the rules, the strategy, the steps, and the mechanics. I also attempt to understand the implications of these activities for my short and long term health.

Have I failed in Athletic Learning? Well, in the very first game of soccer in my adult life I managed to score not one but two goals in a row on my own team, the ball ricocheting directly off my elbows into our net. (Not surprisingly, after the game I was the one asked to set up a team practice).

Meanwhile, in kick-boxing I still can’t roundhouse kick as hard or as long as others. In the intermediate step class, I could barely keep from getting my feet tangled up. In yoga, corpse pose was pretty much the only position I was 100% sure I had mastered.

But although I’m very, very far from expert status, through these activities I’ve met some new people and re-connected with old friends. I’ve been drilled in soccer by a bunch of sweet, precocious 10-year olds girls (whose mothers are on my soccer team), and I’ve learned a ton about how my body works. These day my lower back is often upset with me, but I’ve also learned that even pain acquired by Athletic Learning is more pleasurable than feeling nothing as a result of doing nothing (which was pretty much all that I was doing previously).

So, this year my self-talk around my lack of mastery of athletics sounds more like:

I am not, and probably never will be, an expert Athlete. Instead, my plan is to continue striving to be an Athletic Learner. And fortunately, this mental and attitudnal shift has made it impossible for me to fail…because success means that, no matter how poor my performance, I’ve at least learned something new. 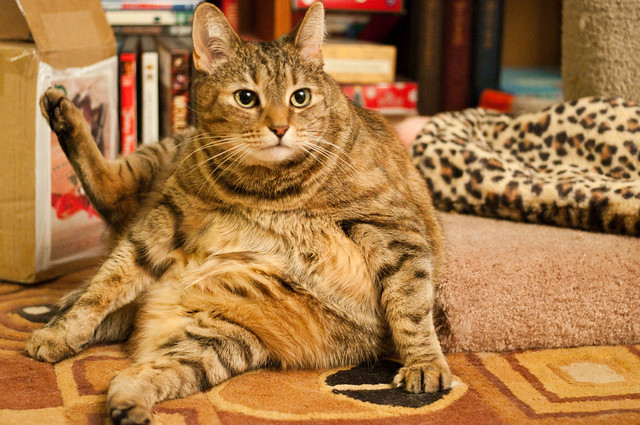 Elan Paulson, PhD, has been an educator in Ontario's higher education system since 2004. Before joining Conestoga as a Teaching and Learning Consultant, Elan was on the executive team at eCampusOntario. She previously served as Program Director and as an instructor in professional education programs at Western University's Faculty of Education. With a Master's in Educational Technology, Elan specializes in technology-enabled and collaborative learning to support diverse learners. She has also conducted research on faculty participation in communities of practice for professional learning and self-care. View all posts by elan.paulson

9 thoughts on “Giving Up Giving Up: On Becoming an “Athletic Learner” (Guest Post)”

Yoga in with @chi_junky in Jimmie Simpson. So good to move with other humans!
Sam and Cheddar play with battle ropes! Thanks @gryphons_fitness
This magical part of London, Ontario’s pathway system has been revived! #banankingdom #londonontario #streetart
Swimming!
Sam makes it into the water before June 1st
Sam loves her bike!