At the beginning of January, Sam posted a piece about a British scientist — Dr. Megan Rossi — who recommends that a good goal for diversity in nutrition is to eat at least 30 different plant-based foods a week.  Plant-based diversity is thought to have a key role in good gut health — and a healthy microbiome (the internal constellation of bacteria in our guts) has an impact on many other aspects of our health.  I read a really thoughtful piece in the NY Times on the weekend about how far-reaching the relationship between gut health and brain health — including depression, dementia and Parkinsons — may be.

My sister and I were both intrigued by the “30 plants a week” thing, and both started tracking our plants in early January.  I was particularly interested in my sister’s take on it, because she already eats a super-mindful array of foods.  She has celiac disease (severe gluten allergy) as well as another auto-immune disease that she has been largely — out of necessity — controlling through food choices and naturopathic and traditional chinese medicine.  I knew for me I would be stretching to hit my 30 — but she’s a kale chip and homemade kombucha sort of person, so I thought she already had it in hand. 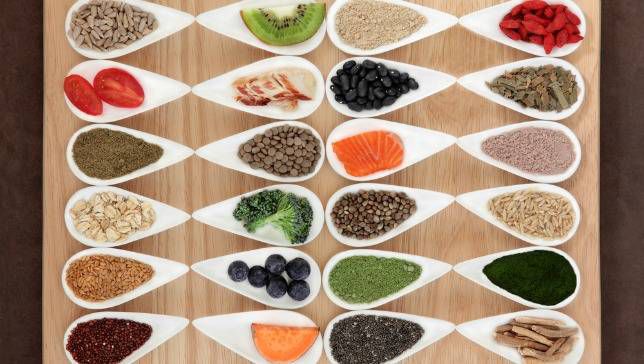 The first thing we both noticed is that we both already have pretty diverse diets — I don’t think I necessarily hit 30 different plant based foods in a given week in the winter “automatically,” but I did hit 22 my first week without thinking about it.  It helped that I was at a client site where I had meals from the Whole Foods salad and hot bar two days — it’s easy to add up a dozen veg and grains when it’s all spread out and arrayed before you.

My sister’s major comment that first couple of weeks was that it helped her realize what she was already doing — which was affirming.  She’s worked hard to gain control of a lot of her inflammation through organic, nutrient-packed foods, and she noticed that this has now become automatic for her.

Then it became a bit of a game for us — how could we ADD to this diversity?  I made a point of getting a salad for lunch from one place because I knew it had quinoa, pomegranates, chia seed and beets, none of which I would probably cook for myself that week.  My sister told me that having this tracking in her head “reminds me to reach for the fennel or kumquats in the grocery store when I might usually eat those particular plants less frequently.”  I’m adding flax to my steelcut oats along with the usual blueberries, bananas and walnuts.  And I bought a pre-made mango salsa on impulse — which I never would have done without this —  and found myself making a super healthy “bowl” dinner with halibut, mango, roasted broccoli and cauliflower, and a mixed wild brown rice medley.  Seven or eight plants right there.  And a much healthier meal than my usual Tuesday night default of pasta with roasted grape tomatoes.

Sometimes it became a bit of a joke.  I get random texts from her just reading:  Cauliflower. Sweet potato. Some leftover stir fry so a bunch of stuff (broccoli etc) Chickpeas. Kombucha.  I asked her if carrot cake counted as carrots AND pineapple.  (We decided it sort of did).  She said it was making her do things like choose mango gelato instead of chocolate to get another one to add to her list.  When I had the flu for a week, I texted my daily sad little list —  “orange juice, carrots in my soup, raw honey, linden tea” with a miserable looking emoji.

Neither of us is vegetarian or vegan, though we do both wander through vegetarian territory for a lot of our meals, and we are both very conscious that a more plant-based diet is better for the environment and generally a more ethical choice.  Being consciously mindful about diversity of plants, we are discovering, is actually fun and makes us more creative  — and a good way to move toward even more meatless and dairy-free meals.

How about you?  Have you tried the “30 different plant based foods a week” approach?

Fieldpoppy is Cate Creede, who lives and works in Toronto, and is aware that the Whole Foods salad bar, mango salsa and easy take away salads with quinoa and pomegranates come with a fair bit of urban and middle class privilege. Cate and her sisters Emilie and Melissa are pictured here skating on the Rideau Canal in Ottawa last weekend.

11 thoughts on “30 different plants a week: an update”