The exercise pill is in the news again. We’ve talked about before (here and here), as has Fit and Feminist (here). The pill made the headlines again this week because of new experimental results that the drug allowed mice to run on a treadmill for 270 minutes before exhaustion set in (compared with 160 minutes for untreated mice).

Here’s a quick explanation of the experimental drug from The Guardian:

Scientists led by Ronald Evans at the Salk Institute in San Diego made the discovery after they set out to explore what endurance meant on the molecular level. “If we really understand the science, can we replace training with a drug?” he said.

They turned to a drug known as GW501516 which had previously been shown to improve stamina and burn fat faster. Through a series of tests with mice on treadmills, Evans found that the drug changed the activity of nearly 1000 genes. Many of the genes that became more active were involved in the breakdown and burning of fat. But other genes were suppressed, including some that convert sugar into energy.

The result is a pill that reproduces some of the effects of endurance training, with some other downstream effects, such as less weight gain and better control of blood sugar levels.

I listened to a discussion of the new results on CBC’s The Current this morning. The conversation inevitably turned to a discussion of who might benefit from the drug – athletes, folks with limited mobility who aren’t able to do endurance exercises, couch potatoes. At that point, the interlocutors chuckled at the notion of someone who could exercise taking a drug instead. LOL. Just imagine being such a couch potato that you would take an exercise pill!

That got me thinking about the ways in which we moralize health and fitness. I’ll be honest. I’m pretty sedentary these days, owing to advancing arthritis, injuries, and an out-of-control work schedule. (Really, I’m more of a desk potato than a couch potato.) And I feel guilty about that, as if it’s some kind of moral failing not to work out.

As I listened to The Current, I found myself both thinking that it would be great if I could take a pill and thereby acquire some of the benefits of endurance training, and feeling guilty for wanting to take a “short cut.” What the heck? Exercising is fun, and can support good health. But surely it’s not a moral duty.

I mean, we’re not opposed to short cuts in other domains: we take them when we’re driving, and we adopt tons of conveniences to make our lives easier (pre-fab food, dishwashers, motorized lawn mowers…). So, it can’t be the very notion of taking a short cut that prompts my feeling of shame when I think about how great an exercise pill would be. If there is a moral tinge to the notion of an exercise pill, that element must come not from the short cut part but from the exercise part.

But what makes exercise a moral obligation? Plausibly, the moral valence that we seem to attach to exercise and fitness is an side-effect of fatphobia. (Sam talks about similar stuff here.) Regular readers of this blog are well aware of the ubiquity of fat-shaming. When folks are pressed on their fat-shaming (and sometimes even when they’re not), they associate being fat with being lazy and therefore not exercising. Of course, no one makes corresponding judgments about skinny people who don’t exercise. They’re not lazy; they’re just lucky. This is pretty similar to the way in which a fat person with a milkshake is mocked (a standard trope on social media, alas) but a skinny person with a milkshake is celebrated for not being obsessed with dieting.

I don’t know if the exercise pill will ever make it to market, whether it will be safe, and whether it will be affordable. But I’m going to declare here and now that if there is ever a legal, safe, affordable exercise pill, I’m not going to let internalized fatphobia and accompanying moral double standards cloud my judgment about whether the pill is right for me. And neither should you. 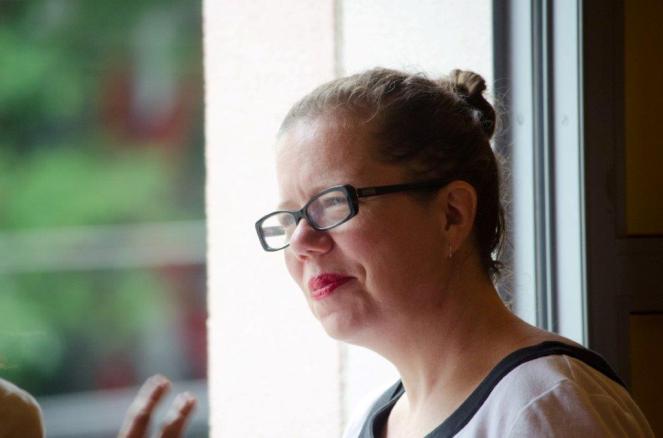 Shannon Dea is an Associate Professor of Philosophy and Women’s Studies at the University of Waterloo. Her research areas include (among other things) the metaphysics of sex and gender, and applied issues related to sex and gender. Before she became a desk potato, she was an avid runner.

View all posts by Lady Day

Good morning from Lizzie!
Cheddar loves #yogawithadriene
#yogawithadriene and Cheddar the dog
Reflections of a curler on aging and pain
Diane and the year of tiny pleasures