This is where we share stuff we can’t share on Facebook page for fear of being kicked out! Read why here. Usually the posts are about body image, sometimes there’s nudity but we’re all adults here. Right? Why does a fitness blog even care about body image? You can read about that here.

And to be clear, we’re not only posting stuff we agree with or that makes us smile. Instead, we’re posting material of interest to people who, like us, care about feminism and fitness.

Some of today’s links, the last two, are about sex more directly. Why? Partly because I think they’re fun and interesting but it’s also because being healthy isn’t just about physical fitness–though that’s the main focus of our blog–it’s about feeling good physically, mentally and emotionally and for most people that includes feeling good sexually. I shared the last one with a friend who is sometimes looking for good sex ed materials for teens (it’s not perfect, but cute, and lives up to the “very light” billing) and the other seemed of interest to any woman interested in better sexual communication.

A thin or straight size person simply can’t tell a fat person that fat shaming doesn’t exist, when there are so many examples of fat shaming inherent in our everyday language, media, and culture. Fat people are shamed for their weight by doctors and told that being thin is morally superior on the regular. The oppression of fat people is very real and causes serious danger to our health and wellness.

The thing is, fat shaming doesn’t help people get thinner and the stigma that it creates does more damage than good to people of size, according to a study published in scientific journal PLOS ONE. My hope is that most humans are trying to find out how to be an ally to people who are fat shamed and not purposefully causing harm to those around them. However, sometimes we can be accidentally fat shaming and in need of rethinking the language and ideas that have been continuously drilled into our heads over the years. Here are just seven sneakily fat shaming phrases to eliminate from your vocabulary now. 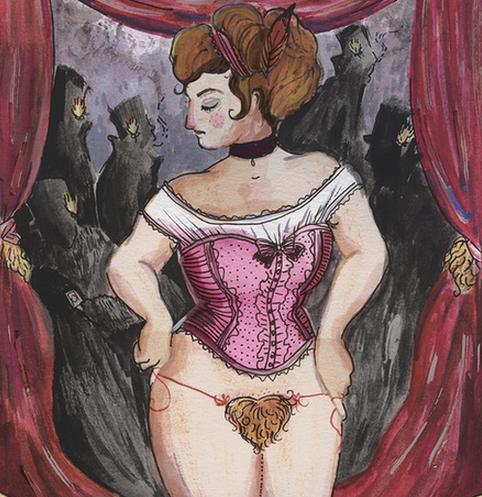 A new study recently presented at the Annual Meeting of the American Sociological Association found that, as early as sixth grade, girls who have sex lose friends, while boys who have sex gain them. That means that by the age of 11 or 12, girls already know that girls who have had sex are to be avoided and isolated. Where are they learning that?

The unconscious ways that we learn to slut shame others (and ourselves, for that matter) are insidious and plentiful. The term “slut shaming” has been getting a fair amount of press lately, but for all that attention, it’s still a hard-to-define concept. On the most basic level, it seems rather simple: “Slut shaming” refers to shaming someone for their sexual conduct. But “slutty” means a lot of different things to a lot of different people. People can get targeted with the label for reasons ranging from their actual sexual behavior, to the way they dress, to flirting (or simply being perceived as flirting).

Why I Hated Fat Women, and How I Stopped

Growing up in a fat-hating household, and aided by popular culture, it was difficult for me not to join the chorus. By 12, I was heavily flirting with anorexia and entering a long-term relationship with bulimia. My most potent thought at the time was “How can women dare to be fat and happy while I’m thin, starving and miserable?” Still associating negative character traits with fatness, I simply thought happy fat women rude: if you chose to be fat the least you could do is be broken up about it.

It didn’t occur to me for a long time that hating fat women was misogynistic. After all, I developed a feminist consciousness long before I knew what feminism was. In Ukraine, where sexism is much more blatant than in America, I was the infamous child who inquired why only young women seemed to go missing, why husbands liked to dull their knuckles on their wives’ cheek bones, and why I was miraculously expected to dream about wedding bells and infants. My transgressions were so incredulous that my grandmother often wistfully stared into the distance wishing I had been born a boy. There was no way I was a misogynist – and yet.

CUT & PASTE: ZINES ABOUT MENTAL HEALTH AND SELF CARE

I came to the world of zines looking for resources on self-care after having a mini-breakdown a few years ago. While I’d already been in therapy for two years and was doing a lot of good work on my struggles with depression and anxiety, I hadn’t yet started to embrace self-love, and still needed to learn how to take gentle care of myself. A friend of mine directed me to zines that she thought would help and I was hooked. I discovered that there is a wealth of thoughtful, creative, and genuine work out there for those of us looking for some non-traditional resources for coping with mental health issues.

As a feminist, it’s important to me that any approach to self-care and mental health is framed in a way that acknowledges intersectional issues—that speaks to the fact that queer women, women of color, transwomen, and folks who are differently abled deal with additional institutional forms of oppression, and thus stress.

There are plenty of excellent zines that discuss specific mental health issues with frank conversations about coping. For anyone who wants to explore mental health, learn how to manage struggles with your mental well-being, or find resources that honor your feminist ideals, I hope these five zines will speak to you as much as they have to me.

We have inarguably come a long way when it comes to the world of plus-size fashion, considering how much it has blossomed and thrived in recent years. This means that gals everywhere now have the ability to get experimental, and dress in alternative fashions. The time to properly express ourselves through a love of all things sartorial has arrived.

In my experience, plus-size fashion has never really followed the “norm.” Most of us can remember the days when we struggled to simply find clothing that would fit us, let alone stuff that was sexy, fun, and (heaven forbid) expressed our personality and style. We’re finally being embraced by the fashion industry, social media, and maybe even the mainstream. Instead of being forced to get creative when it comes to finding apparel that fits, we can now get creative in our personal style.

In the world of fashion, “alternative” generally refers to anything that veers away from mainstream or fast fashion trends. While these looks may be a little too extreme for some (which is cool!), there are others who happen to feel right at home being anything but ordinary. This means colored hair, tattoos, piercings, and/or fashion that’s of a more goth, punk, hipster, or urban nature.

How To Make A Woman Orgasm, As Told By That Exact Woman

Tumblr is a useful tool in all areas of life — whether you need help identifying the worst cats, capturing the nuances of ‘90s figure skating, or determining in what ways your favorite celebrity is actually problematic. Tumblr is also a hotbed for sexual, if not downright sexy, content that can range from playful to pornographic. A new blog, launched earlier this week, hits both ends of that spectrum and everywhere in between. It’s called How To Make Me Come, where the “Me” in question is a woman, and the female orgasm is the star.

Each post to the Tumblr is a personal essay, written by a woman, detailing in her own florid (or, depending on the lady, matter-of-fact) words how she reaches her climax.

“Kaye and I have been friends for a couple years, and I love her work, so we started talking about ideas of things we wanted to collaborate on,” Millet said in an email. “A mutual friend was telling us about this new guy she had just started dating who was kind of into ‘rough’ sex. She was becoming interested in it, but when she would try and look up info online, it would always be kind of cheesy or just scary. That was the spark, I think—we decided to make an intro to BDSM that was both approachable, funny, but also had some actual information in it.”

Millet directed and animated the short, while Blegvad illustrated and designed the charming sketches that drive it.