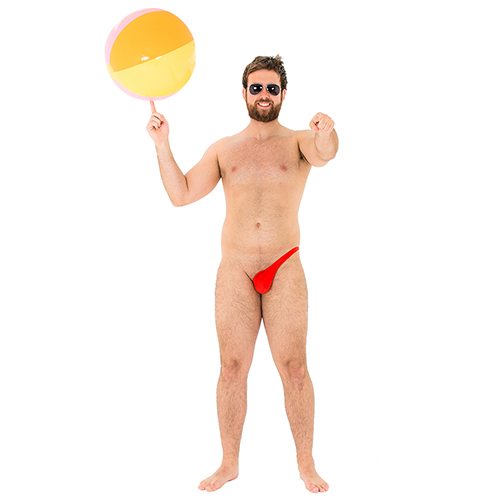 I’m an idealist. But I strongly suspect the egalitarian world of which I’d dreamed is not the world we’re getting. I wanted a world in which young women got an equal share of the body comfort I’ve observed in the men of my generation. Instead I fear we are getting a world in which we’re levelling down. It’s more equal in some ways but that’s because young men are facing pressures to conform to standards of body normativity and are feeling the kind of shame I’d thought mostly belonged to young women.

My first taste of this came when my own sons were very young. I had started swimming with the UWO triathlon club and got to spend time with young men, in their speedos, on the pool deck. They weren’t a happy lot. They worked hard on their bodies and viewed them as works in progress. They all wanted well defined abs. They also all removed lots of body hair, better to display the muscle definition. Gone were the forgiving furry male bellies of my generation. And don’t get me started on hairless backs. My point here is that the young men’s attitudes to very fit athletic bodies was much closer to that of the women I know, all of ages, than it was to my generation of men.

I started thinking about men’s bodies and our odd attitudes towards them when the following story came across my newsfeed dozens of times, Asymmetric Man-Thongs Are The Most Insane Thing A Man Can Wear This Summer. Follow the link for photo gallery and product reviews.

But the thing is that almost everyone who shared the link did so with disapproving commentary, usually with some snarky comment about “who wants to see that?”

Then “maybe if they’re young and fit.” Then story after story about some old, fat guy who happily parades around the beach or pool in their Speedo. “You can’t unsee that.” Or, “it burns, it burns.”

I hear this from women who I know are sensitive to criticism of women’s bodies. They would speak up if someone said that about an older woman in a bikini. What is it about men’s bodies that makes some people so uncomfortable? Is it so wrong to like a diverse range of male bodies?

And what is it with those knee length baggy swim shorts that lots of men of all ages wear? I miss Australia where men wear “budgie smugglers” (as they say) and New Zealand where men wear short shorts.

And you know what? I love those old fat wrinkly guys in their speedos. Why? I feel completely free to wear my bikini. If they can do it, so can I.

My least favourite expression comes from men themselves. “Who wants to see some guy’s junk?” Stop calling it “junk.” Please.

13 thoughts on “Men: It isn’t junk, Women: Stop saying you don’t need to see that”

On Hills and Mountains
Stacking tiny habits and dancing Muppets
Relaxing!
We're riding!
The Herd of Thundering Turtles is a really great group ride on Zwift